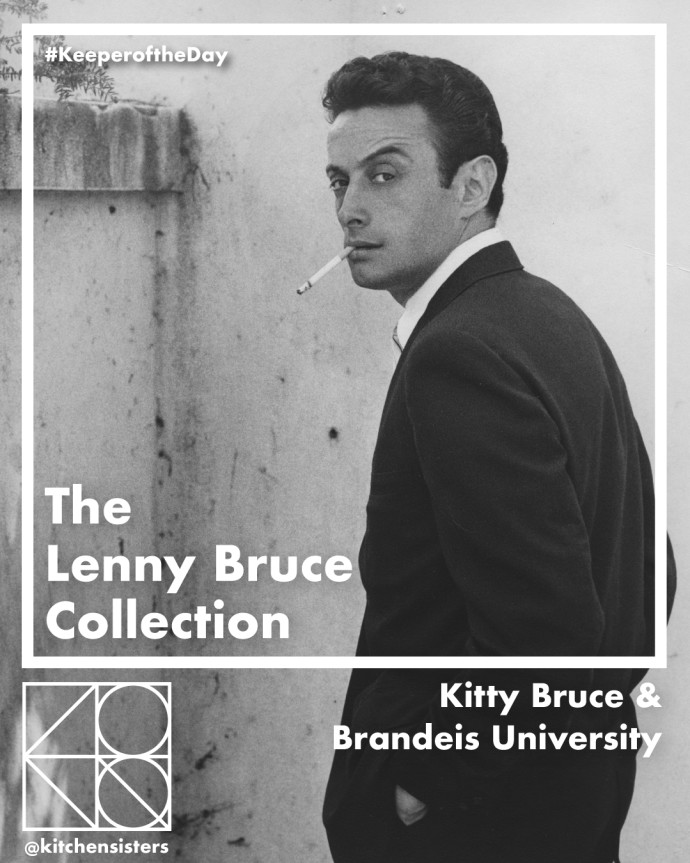 One of the most controversial, outspoken men of the last century, comedian Lenny Bruce spent much of his life in court defending his freedom of speech and First Amendment rights. His provocative social commentary and “verbal jazz” offended mainstream culture and resulted in countless arrests on obscenity and other charges. Over the decades, since his death from a heroin overdose in 1966, Lenny’s only child Kitty Bruce, became his keeper, gathering and preserving everything related to her father’s life. We follow the saga of this collection from daughter Kitty’s attic — to archivist, Sarah Shoemaker, who drove a van to Kitty’s house in Pennsylvania to gather this historic collection to take to Brandeis University. With the help of an endowment from Bruce’s long time friend and supporter Hugh Hefner, creator of Playboy Magazine, and his daughter Christie Hefner, the collection is now cataloged and open for use by all. The archive comes alive in the story of this brilliant, pioneering, complicated man who paved the way for comedians like George Carlin, Richard Pryor and Lewis Black.
Read more and listen to the podcast: Episode #103: The Lenny Bruce Collection