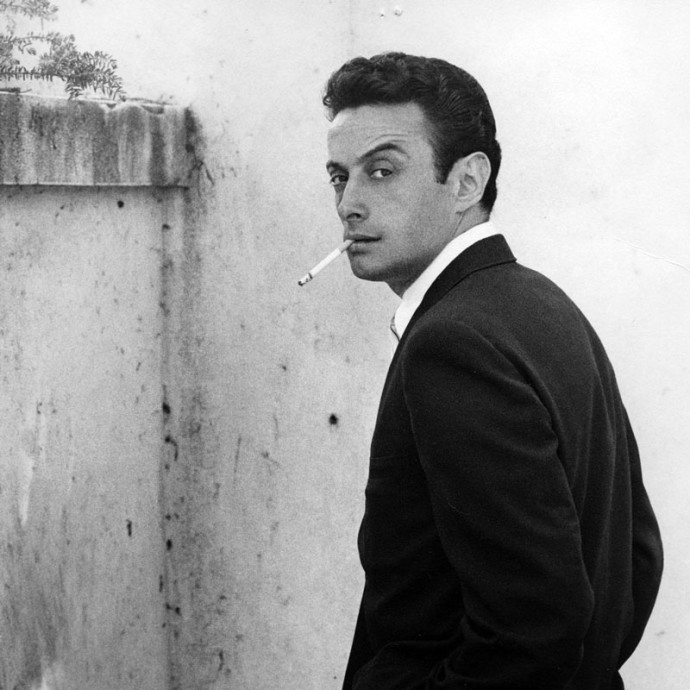 One of the most controversial, outspoken men of the last century, comedian Lenny Bruce spent much of his life in court defending his freedom of speech and First Amendment rights. His provocative social commentary and “verbal jazz” offended mainstream culture and resulted in countless arrests on obscenity and other charges. Over the decades, since his death from a heroin overdose in 1966, Lenny’s only child Kitty Bruce, became his keeper, gathering and preserving everything related to her father’s life. We follow the saga of this collection from daughter Kitty’s attic, where her father’s papers, tapes and photographs sat in boxes “languishing with the cats” — to archivist, Sarah Shoemaker, who drove a van to Kitty’s house in Pennsylvania to gather this historic collection to take to Brandeis University. With the help of an endowment from Bruce’s long time friend and supporter Hugh Hefner, creator of Playboy Magazine, and his daughter Christie Hefner, the collection is now cataloged and open for use by all. The archive comes alive in the story of this brilliant, pioneering, complicated man who paved the way for comedians like George Carlin, Richard Pryor and Lewis Black. 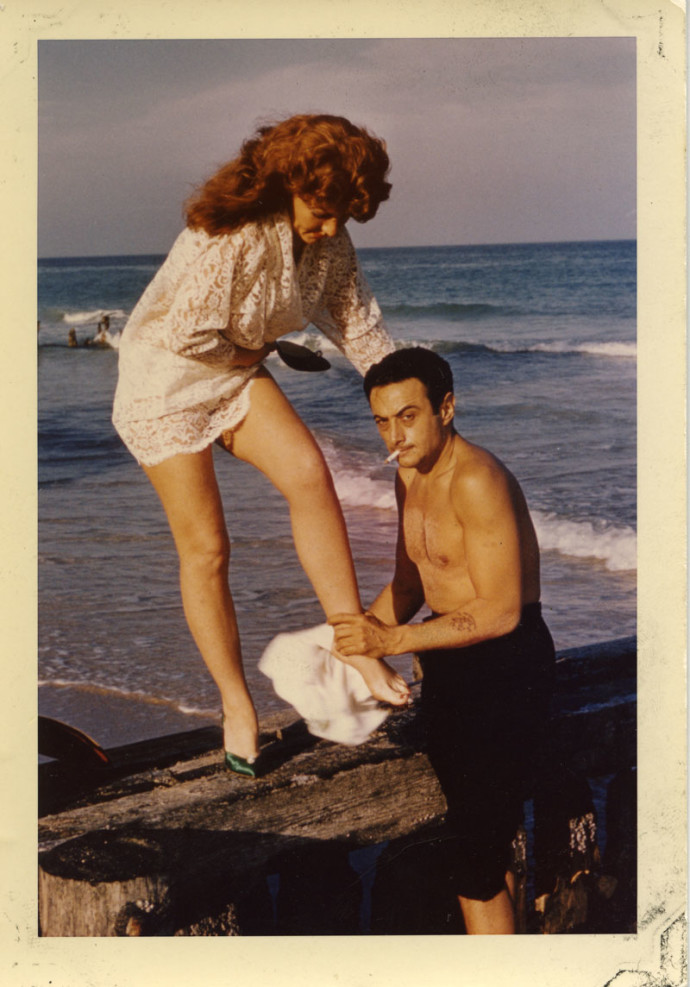 Lenny Bruce and his wife Honey Harlow circa 1951, courtesy of Kitty Bruce 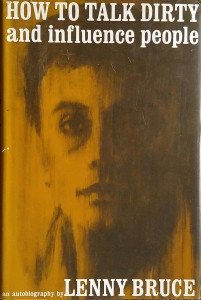 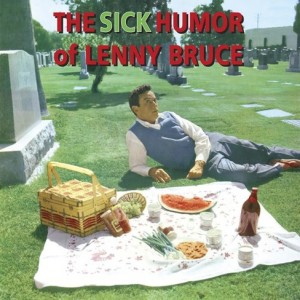 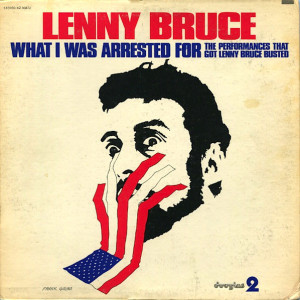 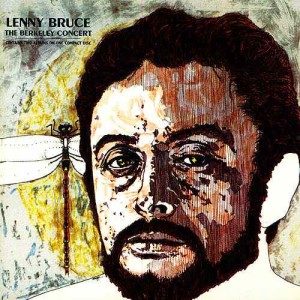 We met former showgirl Betty Jo Spyropulos through archivisits of the Lenny Bruce Collection at Brandeis University. Betty Jo spent time with Lenny in Atlantic City in the 50s. She sent us some photos of her from that era. 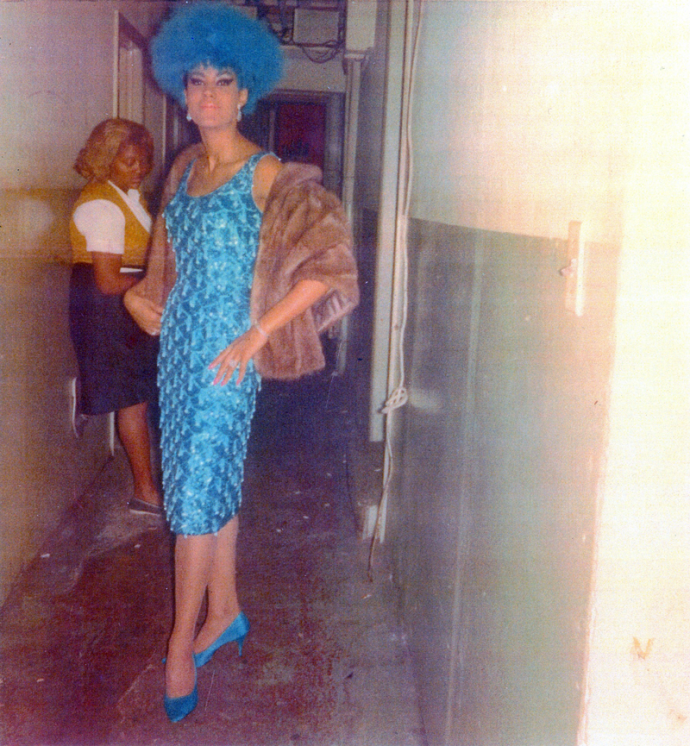 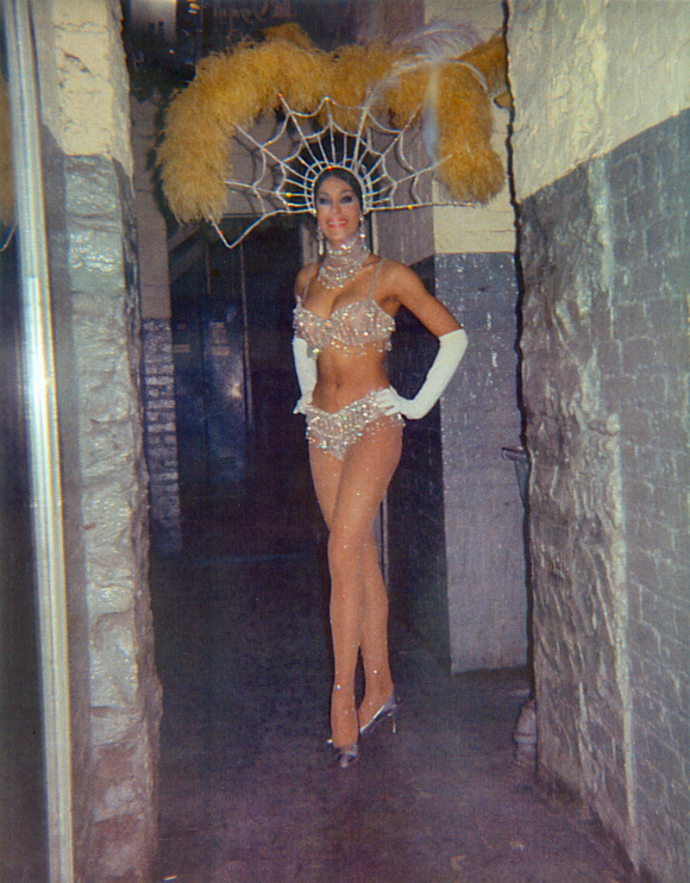 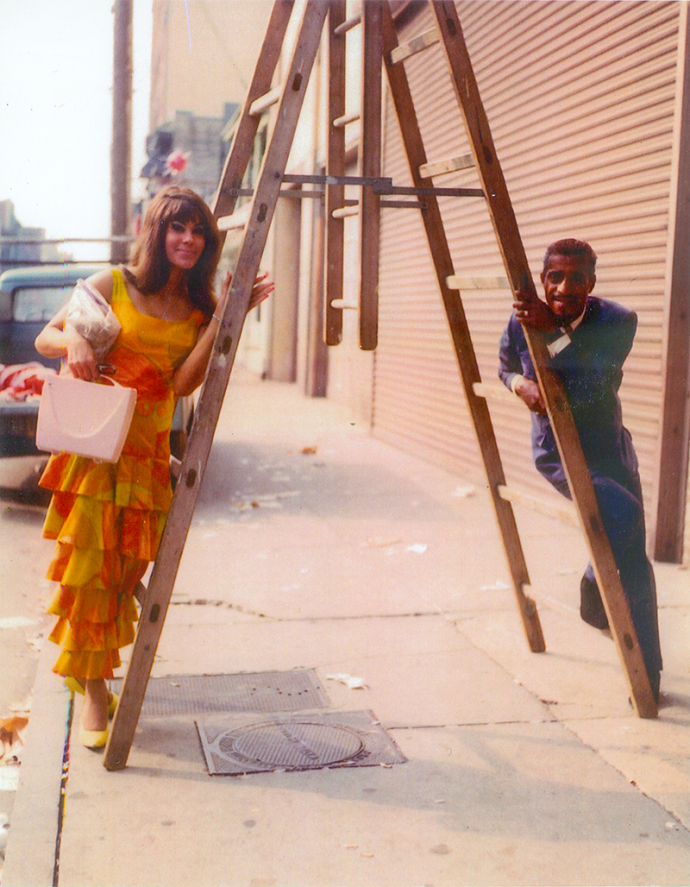 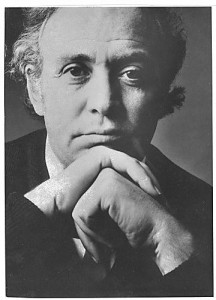 One of the most important moments in creating The Keepers series has been meeting the legendary trial lawyer Martin Garbus. Constitutional cases, criminal cases, political cases, First Amendment cases, due process cases, human rights cases—Mr Garbus’ list of work is staggering—Leonard Peltier, Vaclav Havel, Cesar Chavez, the ACLU, Timothy Leary…. Our interview lasted hours and we will be featuring his own story in our Keeper of the Day Project that launches next week. The story that brought us to his book-piled office (really, piles) is the fourth in The Keepers series: The Lenny Bruce Archive. Mr. Garbus was Bruce’s lawyer in some of his final cases in New York. You can hear him in the story, and will hear more from him in the longer podcast version, but meanwhile, here’s more from the interview.

Martin Garbus: Lenny Bruce was a comedian in the 60s who spoke out about things he thought were relevant. When I first met Lenny two years before the trial itself, he was warm open-hearted, bright, kind, dark hair, attractive with an extraordinary intensity. When we went through the trial, it was the same person. But a little nuts.

When I first heard him, he was in The Village downtown and he would get 25 people. Then he was prosecuted in San Francisco and given the nature of what he was saying and the way the government was trying to put him into jail, it became a cause célèbre. As a result of that he became far better known. Soon he was playing audiences of substance. 250 people, 750 people, he was kind of driven out of the small clubs. Then he was arrested in Chicago and then he was arrested in New York. He was threatened with arrest in other places so that he couldn’t go to those places.

He got prosecuted in New York and we tried the case in New York. There’s no question that we were going to lose it and it had to be won on appeal given the politics of that time and given the judges who was selected. Lenny at that point in time could no longer perform. They thought if he did perform he would be arrested. Generally when Lenny was arrested his co-defendant was the club or the co-defendant was the guy who put on the performance. So in fact in New York, the club, Cafe Au Go Go, and its owner, a guy named Howard Sullivan, was arrested merely for booking this well-known client. At that point in time Lenny could not work anywhere. He had lawyers fees, including mine. I think he won in San Francisco, but then he lost and was facing this trial in New York. And he asked us to put him on the stand.

Lenny first went to Morris Ernst, who was a very significant First Amendment lawyer, and Morris said he wouldn’t represent him because of his language. Ephraim London was not a trial lawyer, I was. I worked for Ephraim. So we took the case together. Lenny and I were together around a year and a half. Dealing with him was very difficult because he was surrounded by acolytes who told him anything that he said was correct. They talked to us about trying the case this way and that way. There were drugs around — how much he used, I don’t know. I’d go to his hotel after the day or even when the trial wasn’t on and the hotel room had books all over the place. He would say, “Here’s a case, here’s a case! I’m going to win.” It was a trespass case from 1857 about sheep going through a gate that shouldn’t have gone through the gate. And the sheep ruined the guy’s land. The words in the decision that Lenny welded together made it relevant to his case. They were from 1857 or 1912 — they were from Britain and any English speaking countries and he honestly believed that these cases should be talked about in court and would have some effect.

When he was facing this trial in New York, he asked us to put him on the stand. Lenny had a faith in people that was remarkable given what happened to him. But he insisted. He said, “You can’t reach these judges with the First Amendment stuff, let me talk to them.” Ultimately he was convicted and he received the sentence. As I remember it was a couple of years and then they put him on probation. The case was appealed and he ultimately won in The Court of Appeals, but after he was dead. It was a small coterie of people there when we had the trial. Philip Roth was in the audience, Jules Feiffer, other people. One thing Philip once said, is “But for Lenny he couldn’t have written books like Portnoy’s Complaint because Lenny broke that.” Jules Feiffer said the same thing that Lenny broke down so many barriers.

I went to the opening of Lenny Bruce Archive up at Brandeis. Lenny Bruce’s daughter, Kitty was there. I was one of the first speakers and I stayed for the whole day. 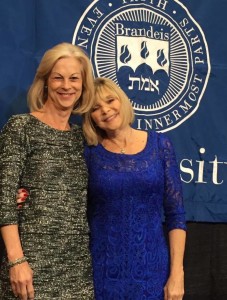 Kitty Bruce: Let me to share with you how the archive came about. I had a friend in Paris, (Steve Krief) who is a writer. He’d done a PhD on Lenny Bruce and I’ve never heard of anybody doing a PhD on Lenny Bruce. He came from France to visit and came to my front door. I live in a very small town in Pennsylvania. As we were talking I said to him, Steve, you know what I don’t know what I’m going to do with all these with my father’s things. They’re going to get destroyed. And he said, well you have to call Hugh Hefner and just tell him that he has to do something! Ask him for money. I said Steve that’s really nice but I am not calling Hugh Hefner asking for money. That’s not going to happen. So as time went on, all of the sudden I found out that Hef donated to make it possible for the archives to be kept (at Brandeis), kept at the right temperature control, everything. It turned out to be 10 linear feet of information that came from my house. During this time the archivist Sarah Shoemaker and George Dupree came to my house.

But before they came, Sarah and I would go back and forth and she’d say, “You know Kitty, we would like to come up and start with the archives.” I made several excuses why it just wasn’t a good idea. And about a year-and-a-half went by and I did not want to let go of these papers. I had schlepped them around for over forty years. Photograph and things that people have sent from all over the world who loved my father’s words and comedy. So finally they came. They put everything in categories and they took all of it in one swoop and brought it to Brandeis.

Fast-forward to the opening day. I had never been so excited. Christie Hefner and I have known each other since we were very young girls and she was the keynote speaker. There were people from all over the world. And it was a changing of ideas, history. Comedy and the Constitution, it was a symposium for two and a half days. I got to see how many people that my father affected.

I knew that his words and his writings and his comedy and his questioning and the constant carrying on that went on between the court system and my dad. Everybody knew about that. But they didn’t know a couple different things and that’s where the archive came in. There are pictures, there’s audio. The Grammy Foundation gave a grant to have them all digitized. So now you have access to all of the information. I just need to say that the love and the care that the people behind the scenes gave—if it wasn’t for these people this would have never happened.