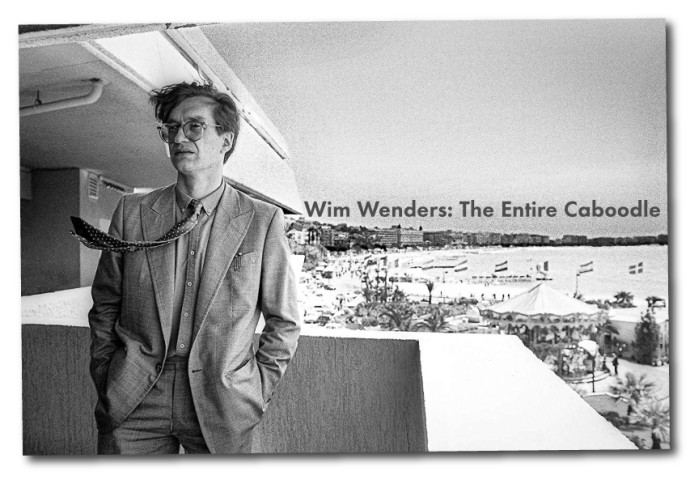 Filmmaker Wim Wenders talks about his early influences — Cinémathèque Française, Henri Langlois, Lotte Eisner — and tells stories of Werner Herzog and the films that have impacted his work.

Ernst Wilhelm “Wim” Wenders, filmmaker, playwright, author, photographer, is a major figure in New German Cinema and global cinema. His films include Paris, Texas, Wings of Desire, The American Friend, Alice in the Cities, Kings of the Road, Buena Vista Social Club, Pope Francis: A Man of His Word, Pina, Until the End of the World, and many more.

We were gathering interviews for The Keepers story, Archive Fever: Henri Langlois and the Cinémathèque Française, about one of the earliest and most important film archives in the world, started in Paris in the 1930s, still thriving today. When we dug in to the filmmakers that had been shaped by this archive and its eccentric archivist, along with all of the French New Wave — Truffaut, Godard, etc. — surfaced the name of a filmmaker we have long admired, whose movies open the door of the lonely, the mystical, the musical, the landscape, with performances that tear your heart. Wim Wenders.

In our interview with Wim he told us about the impact Henri Langlois and the Cinémathèque had on his own filmmaking, but then the stories began to move in new directions — Lotte Eisner, Werner Herzog, and more. On the eve of the Academy Awards — an award Wim Wenders has been nominated for 3 times — we share his story. Produced by Vika Aronson and The Kitchen Sisters. Mixed by Jim McKee.

Special thanks to Tom Luddy, Robb Moss, Homi Bhabha, Haden Guest, Sophia Hoffinger, Brandi Howell & Nathan Dalton. And most of all, to Wim Wenders who has inspired us across the years. Thank you Wim for going out on the long limb.

If you enjoyed this podcast, please write a review on iTunes. It’s a great way to help new listeners discover the show. And please say hello on Twitter, Facebook and Instagram. For more information about The Kitchen Sisters — our podcast, our NPR stories, our events, our workshops, our T-shirt, and other news from The Kitchen Sisterhood — sign up for our Newsletter.