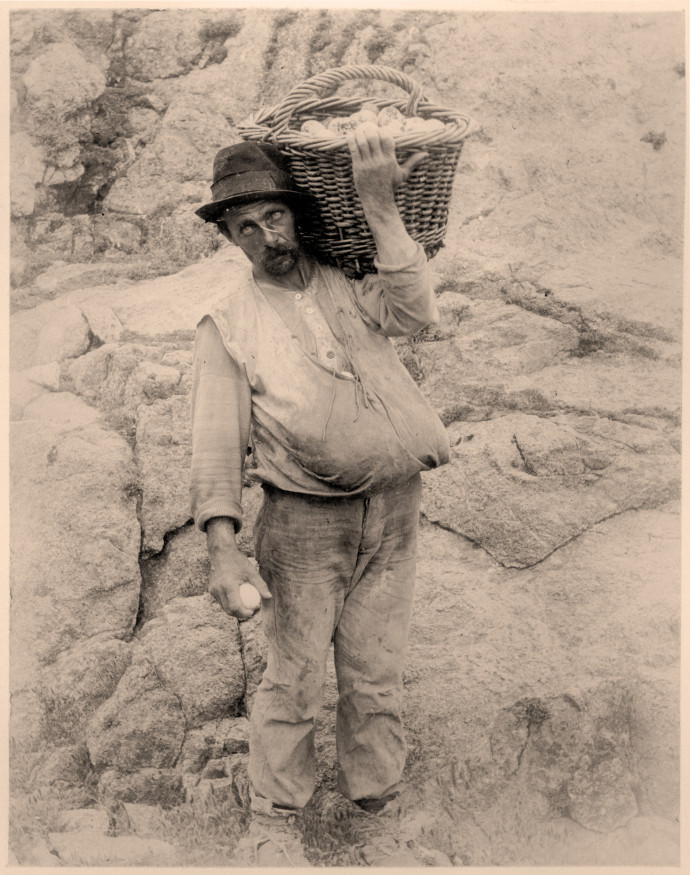 A hidden Gold Rush kitchen when food was scarce and men died for eggs… We travel out to the forbidding Farallon Islands, 27 miles outside San Francisco’s Golden Gate, home to the largest seabird colony in the United States, where in the 1850s egg hunters gathered over 3 million eggs, nearly stripping the island bare, to feed the ever-growing migration of newcomers lured by the Gold Rush.

Today the Farallons are off limits to the public. Only a handful of scientists are allowed on the island at a time – it’s a sanctuary – the Farallon National Wildlife Refuge managed by the U.S. Fish and Wildlife Service.

When we began working on The Egg Wars we were given permission to go out to the Farallones on one of the supply runs that heads to the islands two times a month. Senior Scientist Russ Bradley takes us out on the jagged granite cliffs to contemplate the murres, and into the 1870s lighthouse where the scientists live, isolated, for months at a time.

Read more and see photos from The Farallon Islands at npr.org.