Sugar in the Milk: A Parsi Hidden Kitchen 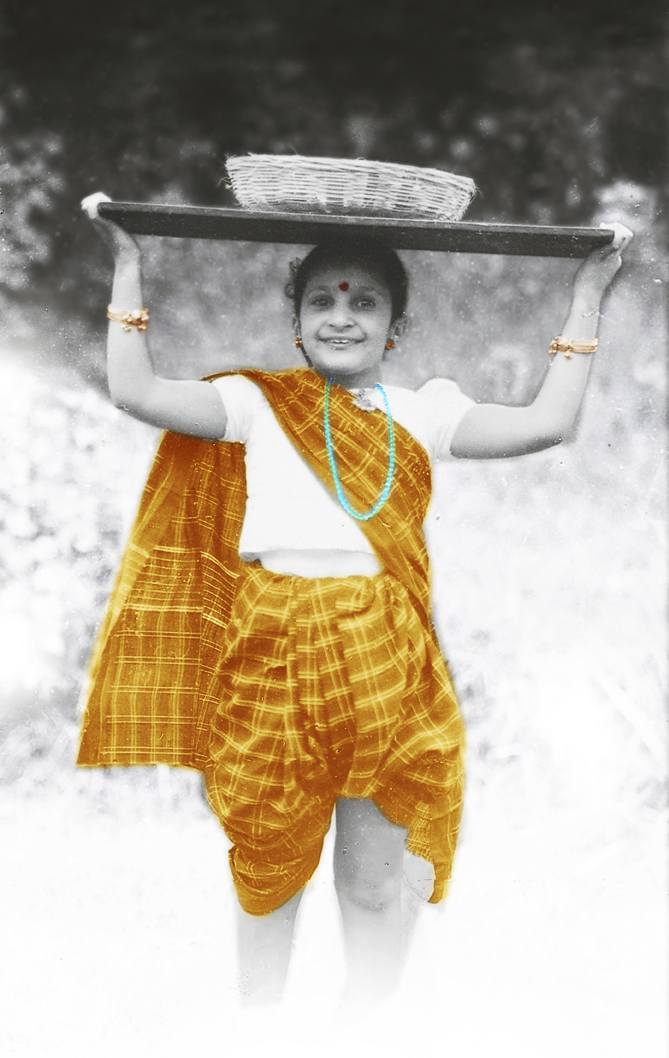 Niloufer Ichaporia King lives in a house with three kitchens. She prowls through six farmer’s markets a week, at least, in search of unusual greens, roots and seeds, and traditional food plants from every immigrant culture. She is an anthropologist, a kitchen botanist, a one-of-a-kind cook, a Parsi from Bombay living in San Francisco, and the author of My Bombay Kitchen: Traditional and Modern Parsi Home Cooking.

Niloufer is known for her ritual celebrations of Parsi New Year on the first day of Spring, when she creates an elaborate ceremonial meal based on the auspicious foods and traditions of her vanishing culture. The Parsi culture is some 3,000 years old and goes back from India to Persia. It’s estimated that there are now only 75,000 Parsis in the world. The prediction is that by 2020 the numbers will have dropped to 25,000.

This story also features writer Bharati Mukherjee, who passed away this last year, sharing her memories of the forbidden Bengali kitchen of her girlhood, with its four cooks and intricate rules of food preparation. And Harvard Professor Homi Bhabha, born in Mumbai to a Parsi family, who talks about auspicious lentils and the birth of his son.

Faludeh in Iran is a frozen dessert of wheat-starch noodles in a pre-scented syrup. Falooda in northern India is a dish of kulfi (rich ice cream) and wheat-starch noodles. Falooda in Bombay is a glorious milk-shakey affair in a tall glass. At the bottom, there’s a layer of soaked basil (Ocimum basilicum) seeds, tukhmuriya ni biya, with a slippery-crunchy texture that’s like nothing else. On top of the tukhmuriya ni biya is a layer of translucent noodles made of wheat starch. Both of these layers are seen through intense pink rose syrup, although amber-colored saffron syrup is an option. Milk appears to float over this foundation without disturbing it. For extra luxury, there might be a scoop of vanilla ice cream or kulfi. To eat the Falooda, you stir everything up with a long spoon.

Falooda is supposed to be eaten on March 21, Navroz, the old Persian New Year’s Day, but that doesn’t mean you can’t find it or eat it for the remaining 364 days.

The best places to find Falooda outside someone’s house is in Bombay’s beloved Irani-run restaurants, often named after British or Iranian royals. Rustom Jeejeebhoy, fountainhead of Parsi lore, used to tantalize me by describing the delights of his favorite Irani restaurant, the King Victoria, hidden away on the edges of the mill district, but he never found himself able to take me there or even come up with the address.

To make Falooda in the United States you need two common things, milk and ice cream, and two slightly more esoteric items, rose syrup and basil seeds. Rose syrup can be found in Indian or Middle Eastern groceries. I suggest the Middle Eastern brands, for a truer rose flavor. For total extravagance, look for exquisite organic rose syrup from Italy. Read the labels to make sure you’re not getting an entirely synthetic product. The basil seeds come from Indian or Southeast Asian markets. Buy the Southeast Asian ones; the Indian basil seeds are often sandy.

At Chez Panisse March 21 dinners, we serve Falooda in small glasses as a dessert drink. Instead of ice cream we use ice milk, which keeps things refreshing. Serves 6.

• Soak the seeds in the water for 1 to 3 hours. A tablespoon doesn’t seem like much, but the seeds swell up enormously.

• Line up your glasses, tall or short. First put a spoonful of soaked seeds in the bottom of each glass, 2 teaspoons or so for small glasses, 1 to 2 tablespoons for tall glasses. Then pour in the milk to within an inch of the top of the glass. Follow that with 2 teaspoons to 2 tablespoons of rose syrup, depending on the sweetness of the rose syrup, the size of the glass, and your taste. It doesn’t seem likely, but specific gravity will cause the syrup to sink below the milk in a neat band. If you do it the other way around, the syrup and milk get mixed and the dramatic banded effect is lost. Last, put a little ice cream in every glass.

“For years I thought that putting eggs on wafers, as we call potato chips in India, was a joke recipe, a loony fantasy or a way of lampooning our Parsi love affair with eggs. Then I tried it. In an ideal universe, your potato chips are homemade or fresh from one of Bombay’s several potato-chips works, where a vat of oil is always on the bubble or use the best of the commercial ones available to you. They shouldn’t be too brown or the dish will taste burnt.” — Niloufer Ichaporia King

• Heat the ghee over medium heat in a sturdy medium skillet, preferably cast iron. Add the onion and let it soften, stirring occasionally, a few minutes. Before it browns, add the paste if you like and the green chiles, and as soon as the mixture looks cooked, add the fresh coriander. Crumble in the potato chips, tossing the contents of the pan to combine them thoroughly. Make nests in the surface of the mixture—they won’t be perfect hollows—and crack an egg into each. Pour a tablespoon or so of water around the edges of the pan to generate some steam, cover the skillet tightly, and let the eggs cook just long enough to set the whites without turning the chips soggy.

• Turn out onto waiting plates.

Note: One of my authorities on Parsi food, Firoza Kanga, says, “Oh yes, wafer par ida. Delicious. Next time, try it with a little bit of cream poured over the chips before the eggs go on.”