Sam Phillips, Sun Records and the Acoustics of Life 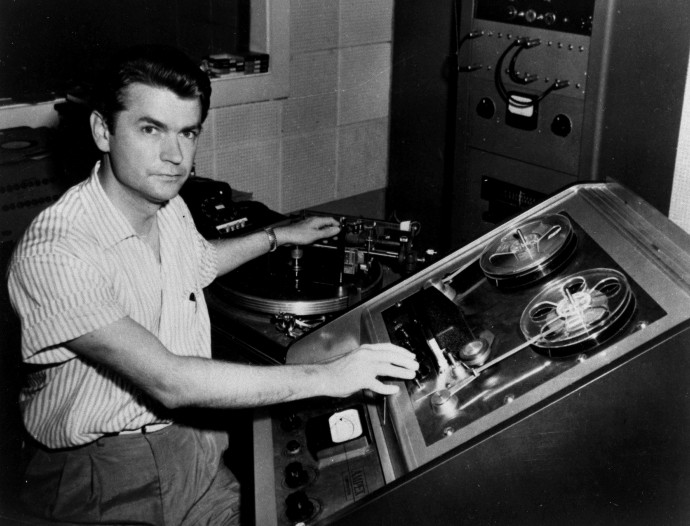 Recording sound pioneer Sam Phillips— the father of Sun Records, the man who discovered Howlin’ Wolf, Elvis Presley, Jerry Lee Lewis, Johnny Cash…, the creator of WHER, The First All Girl Radio Station in the World — talks about his journey, his adventures and “the acoustics of life.” With stories from his son Knox Phillips, his wife Becky, his biographer Peter Guralnick, and one of his first artists, Ike Turner.

Hear recordings from the archive of interviews we did with Sam beginning in 1998—personal stories told by the man himself and his family and friends.

Interest in Sam Phillips is running high right now –not that it was ever running low. There’s a new TV series out and there’s Peter Guralnick’s epic biography “Sam Phillips The Man Who Invented Rock’n’Roll.” And there’s a film in the works based on the book — one of the producers is Mick Jagger and Leonardo DiCaprio is playing Sam. Sam has had a monumental impact on the world of music and sound. And he’s had a monumental impact on The Kitchen Sisters.