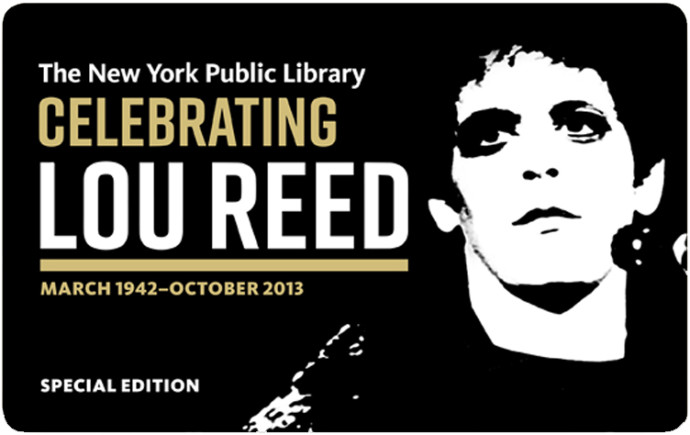 Lou Reed—music icon, poet, photographer, Tai Chi master, vital force in the cultural life and underworld of New York City. Lou died in 2013 and left not a word of instruction about what he wanted done with his archive of
recordings, instruments, gear, his Tai Chi swords, jackets—from his days with The Velvet Underground, through his solo career and last recordings. He left everything to his wife, artist and musician Laurie Anderson.  Over
the next six years Laurie and a team of Lou’s “keepers” created a vision.

In March 2019, on the occasion of his birthday, The Lou Reed Archive opened to the public at the New York Library for the Performing Arts with parties, friends, family, fanfare and a drone concert at the largest cathedral in the world. During that week and beyond we spoke to many of Lou’s archivists, family, and friends — Laurie Anderson, Curator Don Fleming, Jason Stern and Jim Cass who worked with Lou, drone wizard Stewart Hurwood, Producers Tony Visconti and Hal Willner, Carrie Welch from the New York Public Library, Curator Jonathan Hiam and a devoted crew of librarians and archivists at the New York Library for the Performing Arts, and Lisa Shubert at Cathedral of Saint John the Divine. Many thanks to all.

“These are really terribly rough times and we really should try to be nice to each other as possible.” -Lou Reed.