Lost & Found Sound and Voices of the Dust Bowl 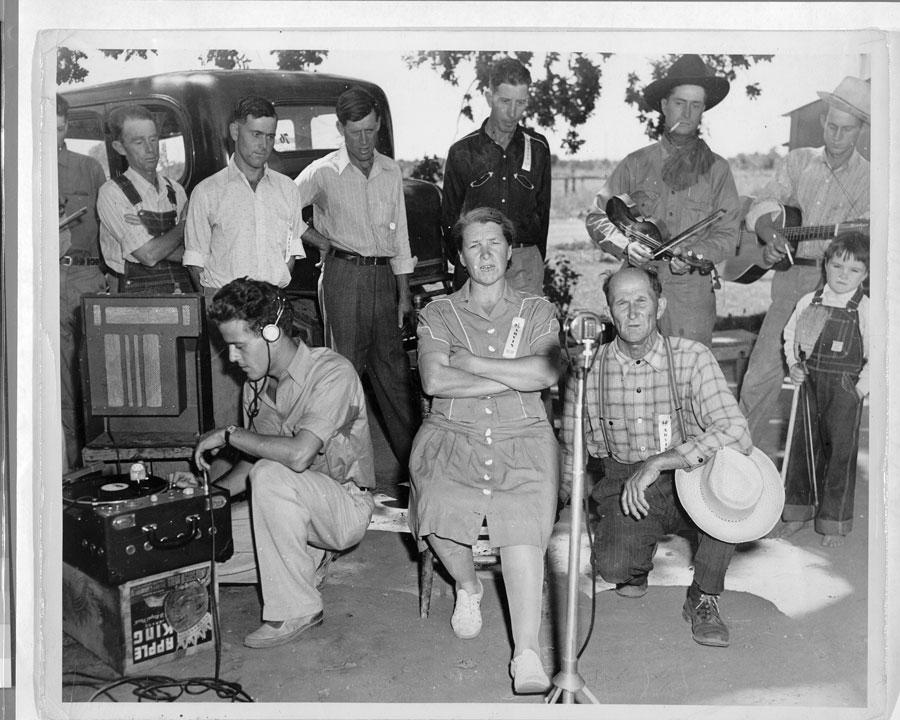 Fish mongers recorded on the streets of Harlem in the 1930s. An 8-year-old girl’s impromptu news cast made on a toy recorder in a San Diego store. Lyndon Johnson talking to FBI director J. Edgar Hoover a week after President Kennedy’s assassination in 1963. Sounds lost and found.

As The Kitchen Sisters prepare to launch their new series The Keepers, about activist archivists, rogue librarians, curators, collectors, historians and the collections they keep, they re-visit their own “accidental archive” of recordings amassed over the years.

And Voices from the Dust Bowl, produced by Peabody Award winning producer Barrett Golding for the Lost & Found Sound series.

In the 1930s, hundreds of thousands of people from Oklahoma and Arkansas traveled to California, fleeing the dust storms and poverty of the Depression.

In the summer of 1940, Charles Todd was hired by the Library of Congress to visit the federal camps where many of these migrants lived, to create an audio oral history of their stories. Todd carried a 50-pound Presto recorder from camp to camp that summer, interviewing the migrant workers. He made hundreds of hours of recordings on acetate and cardboard discs. Todd was there at the same time that John Steinbeck was interviewing many of the same people in these camps, for research on a new novel called “The Grapes of Wrath.” Producer Barrett Golding went though this massive, rare collection of Todd’s recordings to create this story of the Dust Bowl refugees narrated by Charles Todd.