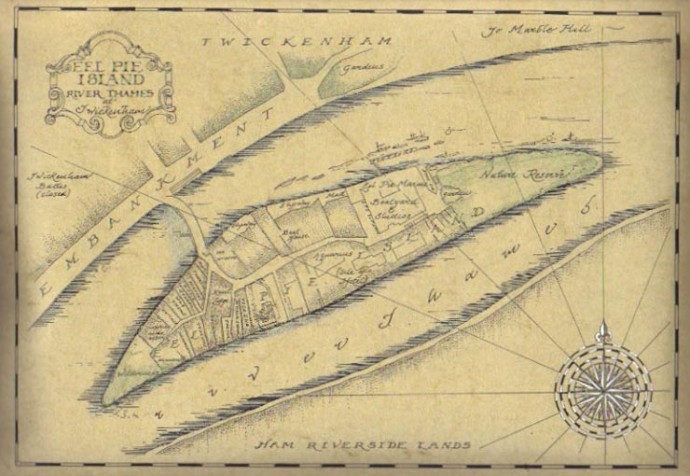 The story goes that Henry VIII in the 16th century would be rowed up the Thames on the Royal Barge and would stop at the island for an eel pie. Charles Dickens immortalized it in his novel Nicholas Nickleby. In the 1950s a jazz club was started on the island featuring Skiffle and Trad Jazz with people like Ken Colyer, Acker BIlk, and Lonnie Donegan. 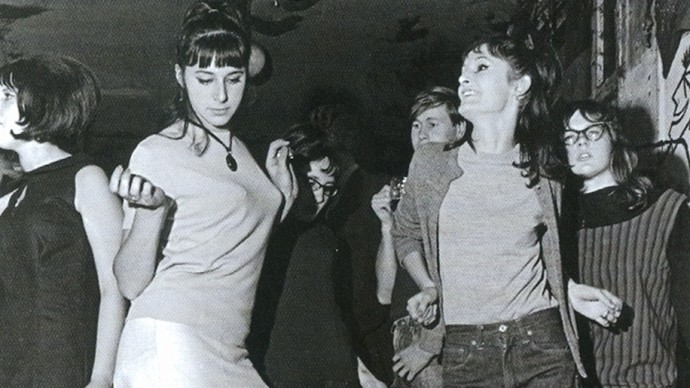 Teens dance at the club on Eel Pie Island in the 1960s.

“Eel Pie Island was where they used to fish out the eel up through the 1960s. The eels would be sold in the front of fishmonger shops, big, fat, some as thick as your arm, lying around on the marble slabs,” remembers actress Anjelica Huston who grew up in London in the 60s and made the pilgrimage to Eel Pie Island, an early rock and roll mecca.

Eric Clapton did a lot of his early playing on the island. “When I was a beatnik back in the early 60s, that was the only thing there was.”

“The hotel stood alone, I remember it a little bit like a Charles Addams drawing,” recalls Huston. “It was a time when a lot of the old ways were meeting new ways out of the rations and the hardships of WWII and the blitz, and the hunger. Eel Pie Island, the eels that had been cut up on the white marble slabs since the days of Henry the VIII were suddenly meeting the Youth Quake.” 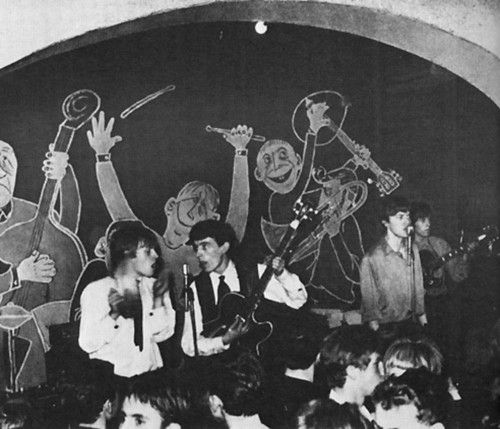 Ronnie Wood, who would later join the Rolling Stones, called it a great melting pot. “You might bump into Mick Jagger in the bar, Pete Townshend came by, Ray Davies, Keith, Bowie…” Paul Jones who played in the 60s band Manfred Mann said, “Any band that was worth its salt had to play there. Till you ticked off that one on your itinerary, you hadn’t really arrived.”

The place was proclaimed a health hazard in 1967 and forced to shut down. Squatters immediately came into the space and the UK’s largest hippie commune was born. The building eventually burned down and eighteen townhouses were constructed in its place. Today, Eel Pie Island has a couple of hundred inhabitants. Artists and craftspeople maintain studios on the island along with some boat works.

“Eel Pie Island, it’s a very specific little place in space and time,” says Huston. “A little point of liberation on the Thames. But very alive, just like the eels.”