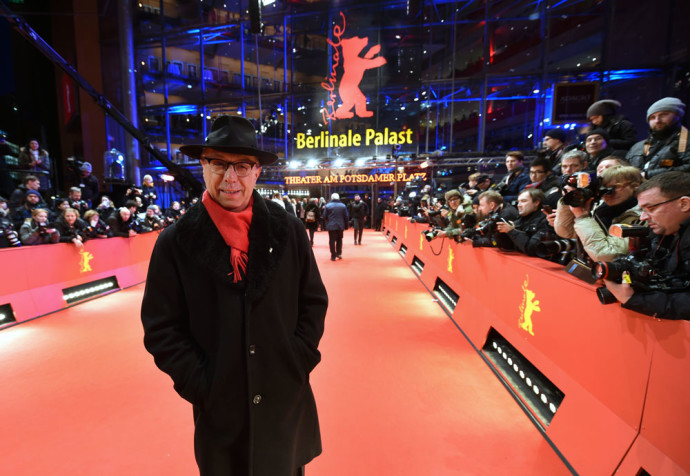 Ask anyone who’s been to the Berlin International Film Festival, The Berlinale they call it, what they remember most about it. Maybe it’s the scale – some 400 films across 14 theaters across 10 days. Maybe it’s the weather – the Berlinale unfolds across the first weeks of February and Berlin’s piercing cold can be legend — but we bet money most will tell you what they remember most is Dieter Kosslick in his black fedora and red wool scarf on the red carpet at theaters around the city welcoming filmmakers and filmgoers from around the globe to their screenings – screenings that provoke, pay homage, compete, ignite.

Dieter Kosslick is one of the film world’s most gregarious, hilarious and controversial film festival directors. He’s put his stamp on this legendary festival for 18 years and kicked up a lot of dust in the process. This most recent festival, the 69th Berlinale, was Dieter Kosslick’s last. Here, for The Big Pond, Dieter Kosslick’s Last Red Carpet Ride, produced by The Kitchen Sisters and mixed by Jim McKee.