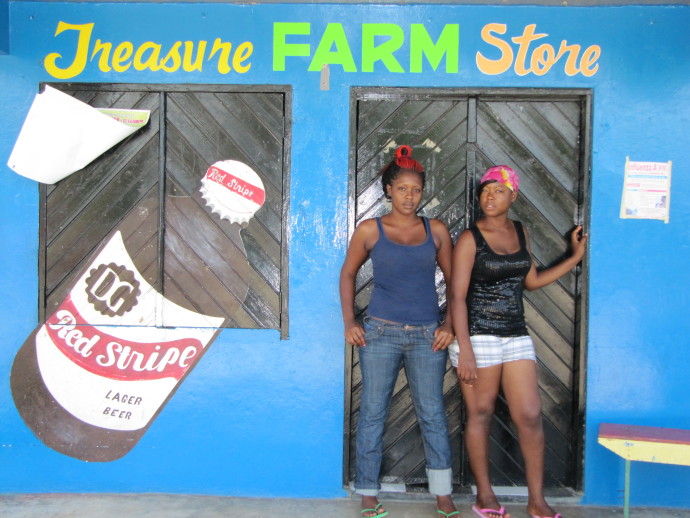 Every culture has its idealized woman, its standard of beauty that is valorized. Everywhere women are altering themselves in small and major ways to attempt the look that is celebrated. History is full of methods, home grown and scientific, used to attain these ideals— footbinding, corsetting, liposuction, emaciation, molding of the skull, face lifts, lip stretching…

In this story Hidden World of Girls travels to Jamaica — where cosmetic folk treatments and changing ideals of beauty are part of a the national debate going on in the music, the dancehalls and on the streets.

In Jamaica, especially in poorer areas, there is a saying among men, ” I don’t want a “maga” (meager) woman.” A maga woman, a slight or thin woman, says to the world that a man is poor and doesn’t have means to provide for her. A larger woman is a way of showing you have means and that you can afford to keep this woman fed.

“If you have no meat on your bones the society can’t see your wealth, your progress, your being,” said Professor Sonjah Stanley-Niaah. “This African standard of beauty, and it’s very much present in Jamaica. The body must be healthy and that health is expressed in some amount of fat. You musn’t just be able to slip through the arms of a man. The healthy body girl is anywhere from 160 to 210 pounds.So there’s a high level of interest and activity around modifying the body.”

In the 1990s, some women in Jamaica, longing to be large, started taking “Chicken Pills,” hormones sold to plump up the breasts and thighs of chickens.

In Jamaica we talked with twenty-one year old Raquel Jones who was cast in an independent film called “Chicken Pills,”by Jamaica born playwright, Storm. The film is about two teenage girls. One is getting more attention from the boys in the class. The other character, Lisa, is having self esteem problems so she turns to the chicken pills. “Here in Jamaica it’s pressure on teenage girls and women. We do stuff that increases these physical appearances, getting our bodies to look a certain way.”