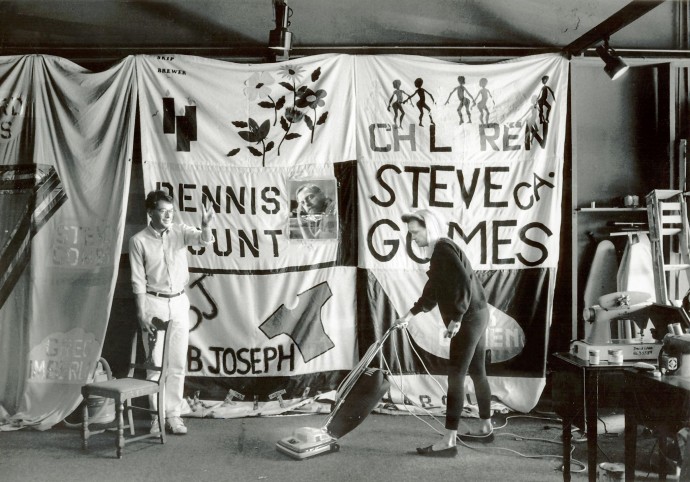 In 1985, Gert McMullin was one of the first San Franciscans to put a stitch on the AIDS Quilt, the quilt that began with one memorial square in honor of a man who had died of AIDS, and that now holds some 95,000 names. Gert never planned it this way, but over the decades she has become the Keeper of the Quilt and has stewarded it, repaired it, tended it, traveled with it and conserved it for some 33 years now. Gert knows the power of sewing. 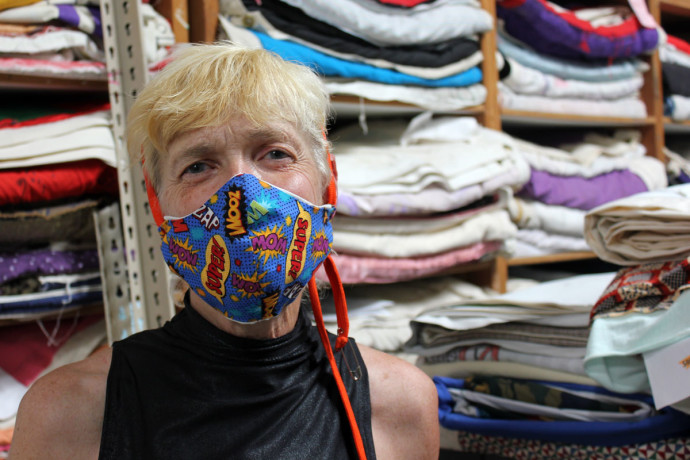 In 2020, when COVID-19 hit, Gert was one of the first Bay Area citizens to begin sewing masks—PPE for nurses and health care workers who were lacking proper protection—masks she makes from fabric left over from the making of the AIDS Quilt. The comfort, outrage and honoring of an earlier pandemic being used to protect people from a new one.

In January of 2020 The AIDS Memorial Quilt, now part of The National AIDS Memorial, returned home to the Bay Area after 16 years in Atlanta. It took six 52-foot semis to get it there. The over sixty tons of quilt, is made up of about 48,000 panels, each 3 x 6 feet, the size of a grave. The extensive AIDS Archive, which Gert gathered, collected and protected since its earliest days, is now part of The American Folklife Center at The Library of Congress in Washington, DC. 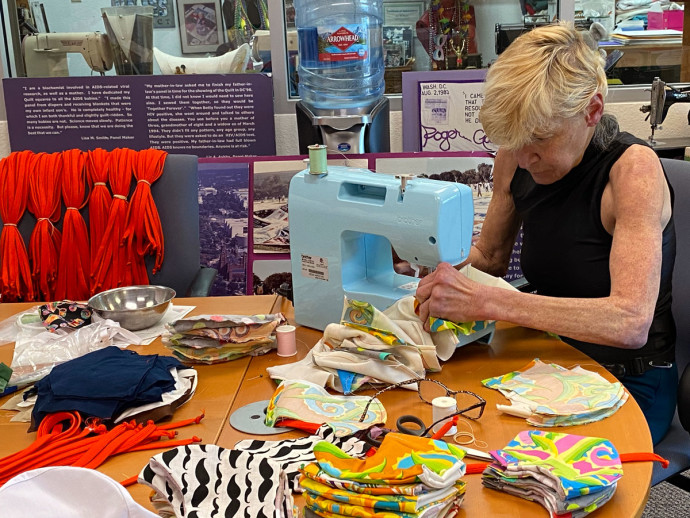