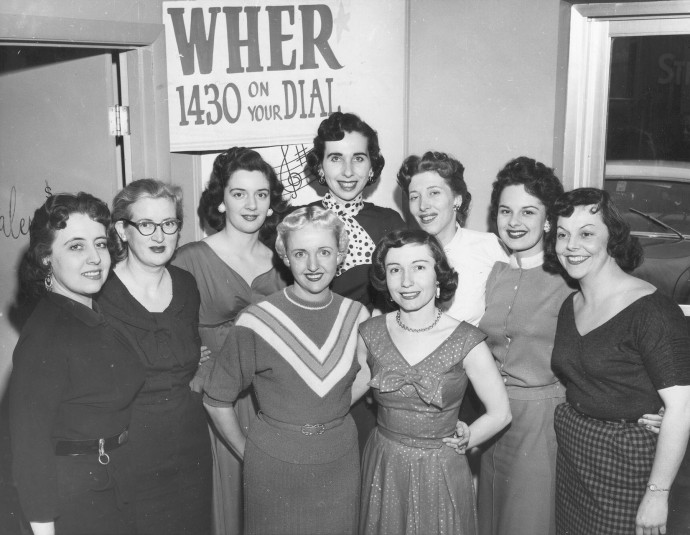 When Sam Phillips sold Elvis’ contract in 1955 he used the money to start an all girl radio station in Memphis, TN. Set in a pink, plush studio in the nation’s third Holiday Inn, it was a novelty—but not for long. He hired models, beauty queens, actresses, telephone operators. Some were young mothers who just needed a job. WHER was the first radio station to feature women as more than novelties and sidekicks. The WHER girls were broadcasting pioneers. From 1955 into the mid-1970s they ruled the airwaves with style, wit and imagination. “WHER was the embryo of the egg,” said Sam Phillips. “We broke a barrier. There was nothing like it in the world.”