Weenie Royale: The Impact of the Internment on Japanese American Cooking 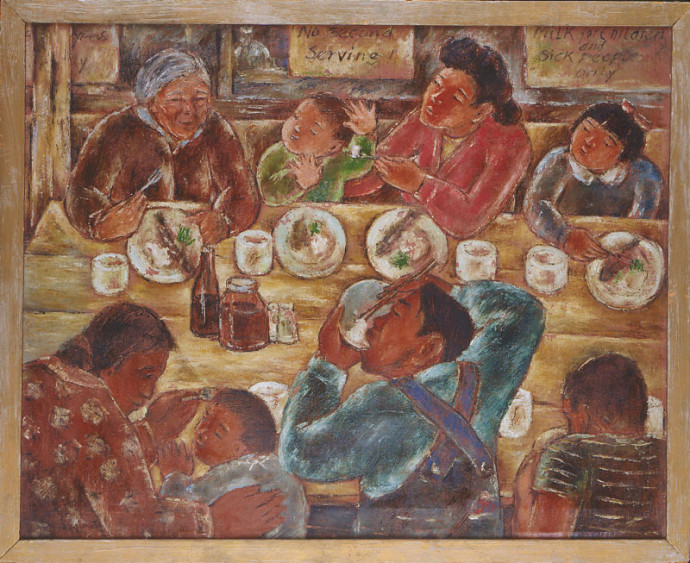 During World War II, In desolate inland internment camps in the US, like Manzanar, Topaz, and Tule Lake, some 120,000 Japanese and Japanese Americans were incarcerated for the duration of the war— their traditional food replaced by US government commodities and war surplus — hotdogs, ketchup, spam, potatoes — erasing the traditional Japanese diet and family table.