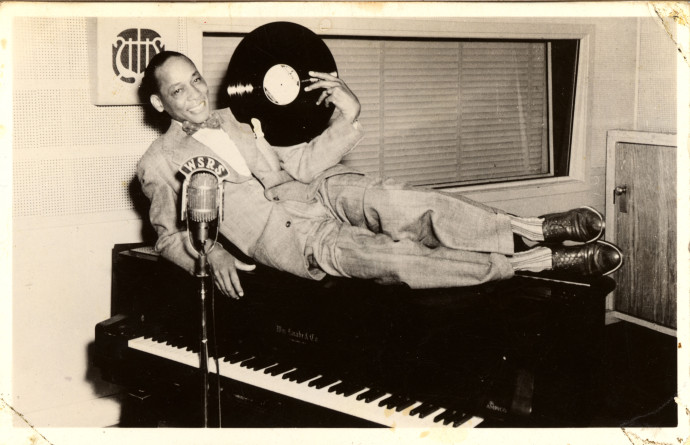 In 1948, Bill Hawkins became Cleveland’s first black disc jockey. He had a jiving, rhyming style. People gathered on the street to watch him broadcast from a glass booth at the front of his record store. His popularity grew rapidly. Over the next decade Hawkins was heard on up to four different stations on the same day. He had plenty of imitators and influenced a whole generation of DJs. Hawkins also had something else – a son he never knew.

William Allen Taylor didn’t find out Hawkins was his father until he graduated from college. The two met once when Taylor was a teenager. At the time, Hawkins never hinted at who he was. And Taylor had no idea that he had met his father. Hawkins died before his son every got to know him.

There are no known tapes of Hawkins. Taylor became an actor and playwright. He lives in San Francisco. But he’s always wished he had a recording of his father’s radio program or even just a snippet of his voice.