The Chili Queens of San Antonio 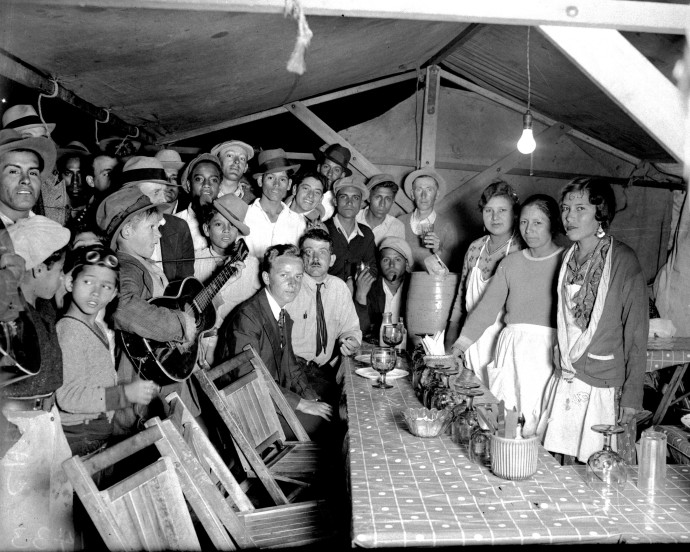 Some kitchens are hidden by place, some by time—like the saga of the chili queens. For over 100 years, young women came at twilight to the Alamo and the plazas of San Antonio with makeshift tables and big pots of chili to cook over open fires. The plazas teemed with people—soldiers, tourists, cattlemen and the troubadours — who roamed the tables, filling the night with music.

From San Antonio’s earliest days as a Spanish military encampment, life in the town revolved around the plazas. They were the market place, the meeting place, the place of government and festivals — funerals, weddings and hangings. People came to argue politics with their neighbors, to listen to the sad songs of the troubadours, and eat the food of the legendary chili queens.

The chili queens were romanticized in the press as being exotic Spanish women with sable hair and fiery tempers. They became the stuff of tourist legend. No trip to the Southwest was complete without a visit to the chili queens. These women were often peoples’ first introduction to “that spicy, dangerous, Mexican food.”

In the 1930s, Lydia Mendoza, the queen of Tejano music, began her legendary career singing in the plazas of downtown San Antonio with the chili queens.

As San Antonio grew and modernized the chili queens were periodically driven out of one plaza only to reopen their little stalls in another.  In the 1930s, the health department finally lowered the boom.  Health regulations and the war ended the chili queen’s reign in San Antonio’s plaza.