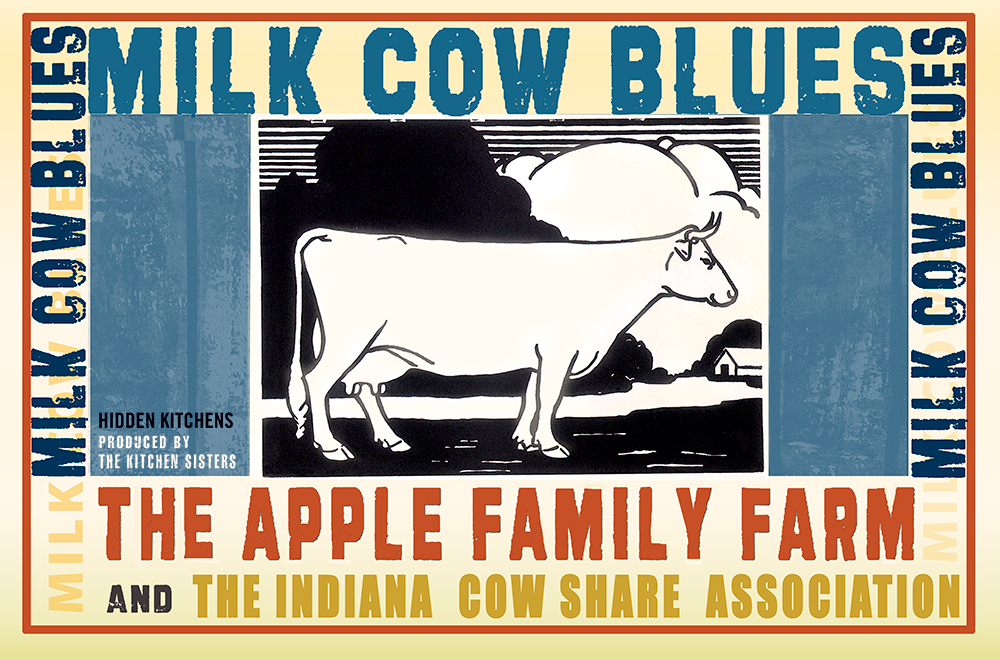 A journey into the mysterious and controversial world of raw milk.

Tucked away in the vanishing farm land on the outskirts of Indianapolis, the Apple Family and their neighbors created a kind of fellowship of milking. Milk Cow Blues tells the story of the Apples’ effort to bring raw milk to their community.

Jo Apple and her husband owned the Apple Family Farm in McCordsville Indiana for over 50 years. It was originally a dairy farm, but it became too much for the couple. It wasn’t financially feasible so they gave up the cows and planted corn and soy beans. Their son, Mark told to his father about a vision he had — farming naturally, without chemicals, hormones or unnecessary antibiotics. Just before he died, Mark’s dad agreed.

They started with sheep and chickens and cattle then bought a milk cow for themselves. They quickly found that there was a demand for unpasteurized milk. Women started showing up at their farm with glass jars to buy milk. The Apples had no idea it was illegal. But Indiana, like most states has very strict rules about buying and selling raw milk.

The Indiana State Veterinarian became aware that the Apple family was selling raw milk. He felt there was the possibility of harmful pathogens in these raw milk products and with pressure from other farmers in the area the Apples were served a cease and desist order.

The Apples were ready to give up. But their community encouraged them — they were selling milk, not cocaine or crack. The Apples checked the laws.

They could not trade raw milk, sell it, or deliver it. The only way people could legally obtain fresh milk in Indiana was to own a cow. So they decided, if people want raw milk they will have to buy the cow. The Apples set up the Indiana Cow Share Association and charged people $50. It worked.

A year-and-a-half after the cease and desist order there was a knock on the Apples’ door. A man they had never met before said that he was the one that had turned them in. He talked about how he was furious that they were selling milk for three times more than he was getting for his milk.

He couldn’t make it farming anymore and as a last resort had come to talk to them. His son was bagging groceries — but his heart was to farm. The man wanted to know if they thought he could do the same thing with pasteurized milk — sell directly to the public. He needed to make a change.

It’s a story that is happening all over the country, “All the farmers that are throwing in the towel saying, ‘OK, I can’t afford a $60,000 combine. I have to do something else. Maybe I’ll get some cattle and see if I can just sell them to my neighbors. That’s how it starts.”

Since we produced this Hidden Kitchens story The Apple Family Farm has closed down. In 2014 the Fortville Town Council tried to annex their farmland for development. It was a long, grueling fight. That combined with tax increases and the rising cost of farming became too much for this third generation family farm.