Kibbe At The Crossroads: Lebanese Cooking in the Mississippi Delta 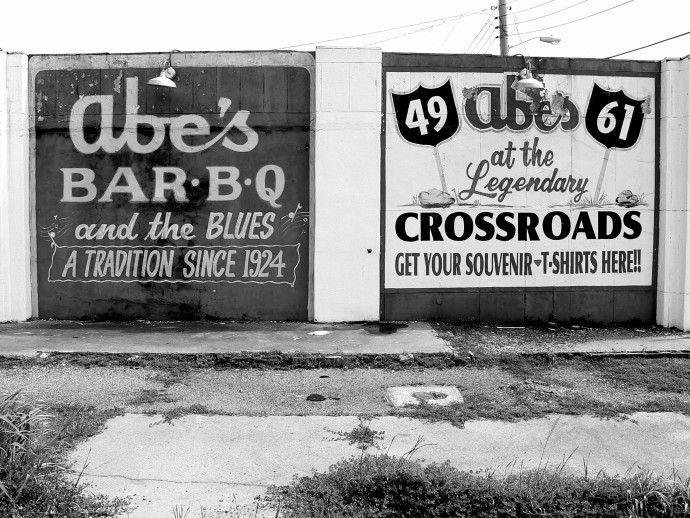 We travel to the Mississippi Delta into the world of Lebanese immigrants —where barbecue and the blues meet kibbe, a kind of traditional Lebanese raw meatloaf. Lebanese immigrants began arriving in the Delta in the late 1800s, soon after the Civil War. Many worked as peddlers, then grocers and restaurateurs.

Kibbe — a word and a recipe with so many variations we don’t know where to start. Many love it raw. Ground lamb or beef mixed with bulgur wheat, cinnamon, salt and pepper. However it’s made, it’s part of the glue that holds the Lebanese family culture together in the Mississippi Delta and beyond.

We visit Pat Davis, owner of Abe’s BAR-B-Q at the intersection of Highway 61 and 49 in Clarksdale, Miss., the famed crossroads where, legend has it, blues icon Robert Johnson made a deal with the devil to play guitar better than anybody. Since 1924 Abe’s has been known for it’s barbecue, but if you know to ask, they’ve got grape leaves in the back.

Chafik Chamoun, who owns Chamoun’s Rest Haven on Highway 61, features Southern, Lebanese and Italian food — but he’s best known for his Kibbe. Chafik arrived in Clarksdale from Lebanon in 1954, and first worked as a peddler selling ladies slips and nylon stockings.

Sammy Ray, Professor Emeritus at Texas A&M University, Galveston, talks about growing up in a barbecue shack that his mother ran on the edge of what was then called “Black Town.” His father peddled dry goods to the black sharecroppers.

During the civil rights movement in the 1960s, Abe’s BAR-B-Q and Chamoun’s Rest Haven were some of the only restaurants in the area that would serve blacks. “We were tested in 1965,” Pat Davis remembers. “A bunch of black kids went to all the restaurants on the highway and every one refused them except Chamoun’s and my place. And everybody else got lawsuits against them.”

The list of famous Lebanese Americans is long and impressive. Ralph Nader, Paul Anka, Dick Dale, Casey Kasem, Khalil Gibran and Vince Vaughn, to name a few. But the one most people talked about on our trip was Danny Thomas. Pat Davis took us out in the parking lot to listen to a CD that he just happened to have in his car of Danny Thomas singing in Arabic.

“We called ourselves Syrians when we first came here,” Davis says. “And until Danny came and said he was Lebanese then we all began to realize we really are Lebanese and Danny Thomas can say it. So we’re Lebanese now.”