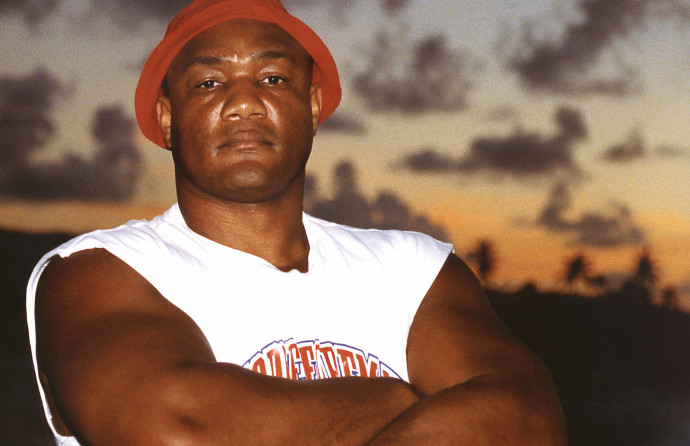 So many immigrants, homeless people and others of limited means living in single-room occupancies (SROs) have no kitchens, no legal or official place to cook. To get a hot meal, or eat traditional foods from the countries they’ve left behind, they have to sneak a kind of kitchen into their places. Crock pots, hot plates, microwaves and toaster ovens hidden under the bed. And now, the appliance that comes in so many colors it looks like a modern piece of furniture: the George Foreman Grill.

We had never considered such a hidden kitchen. So we called him. George Foreman talks about growing up hungry and violent, about his his time in the Job Corps, about cooking for his friends and his work with kids. “Feed them,” he says. “Hunger makes you angry.”

And we contacted the Chicago Coalition for the Homeless. They put us in touch with Jeffrey Newton who has been homeless or in shelters most all his life, from boy’s homes, to reformatories, to prison by age 17. Then he moved out on the streets, where every day he goes “trailblazing” — looking for food, shelter, work, the resources he needs to make it through the day.

Jeffry learned to cook from his grandmother. He feels an urge to cook, especially for other people — under the overpass on Chicago’s Wacker Drive; on a George Foreman Grill plugged into a power pole; with a hot clothing iron to toast a grilled cheese sandwich.

Pat Sherman lived for quite some time in SROs with no kitchen, where cooking was forbidden. She now has a home and works in Glide’s Memorial Church in San Francisco’s Tenderloin District. Sherman was quite ingenious when it came to cooking. Her Crock-Pot doubled as a flower pot — nothing that would arouse suspicion. When nobody was around to check, she would slow-cook her beans while she went to school, then come home to a hot meal.

Photo of George Foreman by Chika.