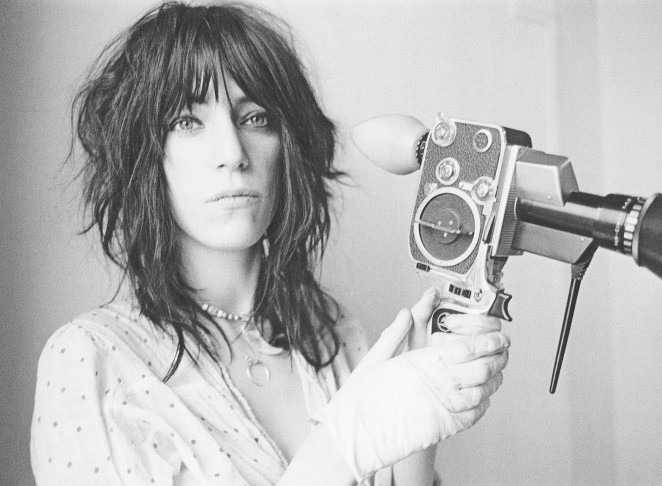 Just about anytime we walk out of The Kitchen Sisters office in San Francisco we stop and stare in the windows of City Lights bookstore, soaking in the covers of the new arrivals. Awhile back, we were stopped in our tracks by a book of photographs of Patti Smith – Patti staring down the camera, holding a movie camera herself. It turns out Patti wasn’t just the muse of photographer Robert Mapplethorpe in the Sixties, she was also muse and model for Judy Linn, an art student and budding photographer in New York.

Paging through Patti Smith 1969-1976, we discovered Judy had that no only photographed Patti, she had made a little super-8 movies too, as the two young women created a world together. The movies were missing, but the soundtracks remained. Lost and found sound, we thought. Got to hear those recordings, got to meet that photographer. And we did. Fugitive Waves, Episode Number 7: Just Girls: The Hidden World of Patti Smith and Judy Linn.