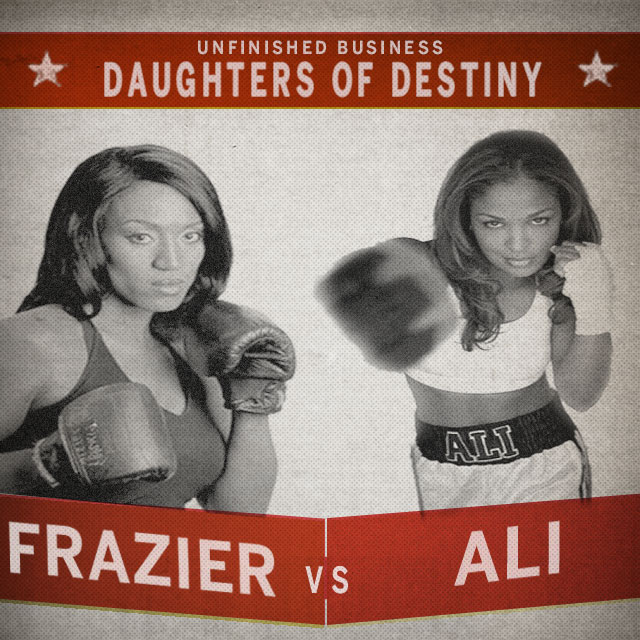 In 2001, a quarter-century after boxing’s celebrated “Thrilla in Manila,” Ali and Frazier were once again poised to enter the ring. But this time it was the daughters of the legendary combatants scheduled to battle at the Turning Stone Casino on the Oneida Indian Nation in upstate New York. Laila Ali, 22-year-old daughter of Muhammad Ali and Jacquelyn Frazier-Lyde, 39-year-old daughter of Joe Frazier. The 2001 bout, broadcast on pay-per-view TV, was billed as “Ali vs. Frazier IV” —a continuation of the blood feud that fueled their fathers’ three title fights in the 1970s.

A behind the scenes glimpse of the “Daughters of Destiny”, from the trash-talk of the press conferences to the sweat of the training camps.