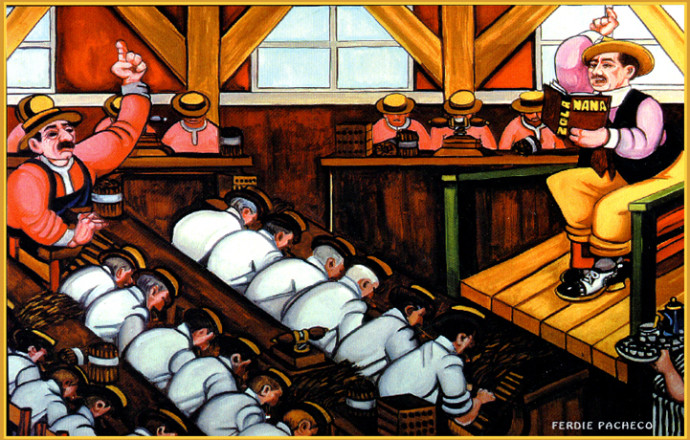 Narrated by Andy Garcia. At the turn of the century until the 1930s in the cigar factories of Tampa and Ybor City, a well dressed man in a panama hat with a loud and beautiful voice sat atop a platform and read to the cigar workers as they rolled. These readers, known as Lectores de Tabaqueres, read Cervantes, Zola, Victor Hugo, Karl Marx, Jules Verne… It was the voices and words of these lectores – before radio and mechanization, who informed, organized, and incited the cigar workers, who labored by hand until the 1930s, when both the rollers and readers were replaced by mechanization. A lost tradition of story and smoke.