The Birth of Rice-A-Roni

As Joe Biden becomes the first U.S. president to formally affirm the fact of the Armenian Genocide, we present…

The Birth of Rice-A-Roni: The San Francisco-Italian-Armenian Treat

The worlds of a young Canadian immigrant, an Italian pasta-making family, and a 70-year-old survivor of the Armenian Genocide converge in this story of the San Francisco Treat.
A Canadian women (Lois DeDomenico) marries an Italian immigrant (Thomas DeDomenico) whose family started Golden Grain Macaroni in San Francisco. Just after WWII the newlyweds rent a room from an old Armenian woman (Pailadzo Captanian) who teaches the young pregnant 18 year old woman how to cook.  Yogurt, baklava, pilaf… After about 4 months the young couple move into their own place. A few years later, Lois’ brother-in-law is eating over at her house— looks down at the pilaf on his plate and pronounces: “This would be good in a box.” Prepared and packaged foods are just beginning to come on strong. They name it Rice A Roni.
During those hours in the kitchen the old Armenian woman cooks and tells the younger women the story of her life — her forced trek from Turkey to Syria, leaving her two young sons with a Greek Family, her husband’s murder, the birth of her baby along the way (his name means child of pain), the story of the genocide. Mrs. Captanian shows Lois a book she wrote in 1919, directly after her experiences—one of the only eye-witness accounts written at the time. Most were published 30-40 years later by survivors. This one was published in 1919 for the Paris Peace Talks in hopes that it would help provide context for the establishment of an Armenian state. 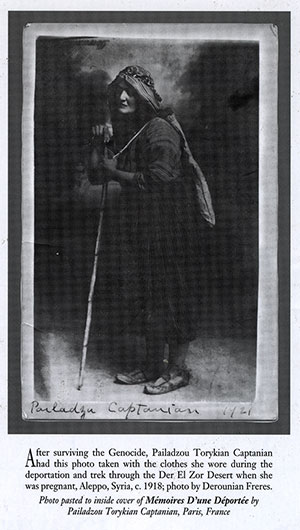 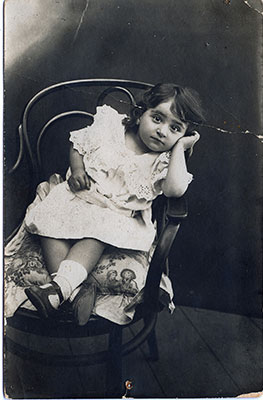 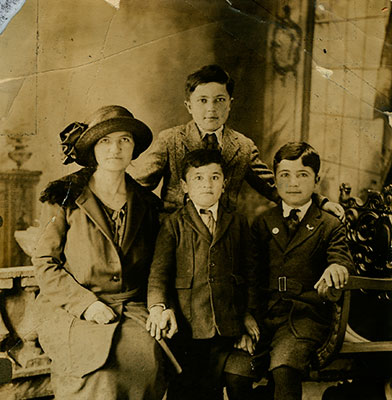