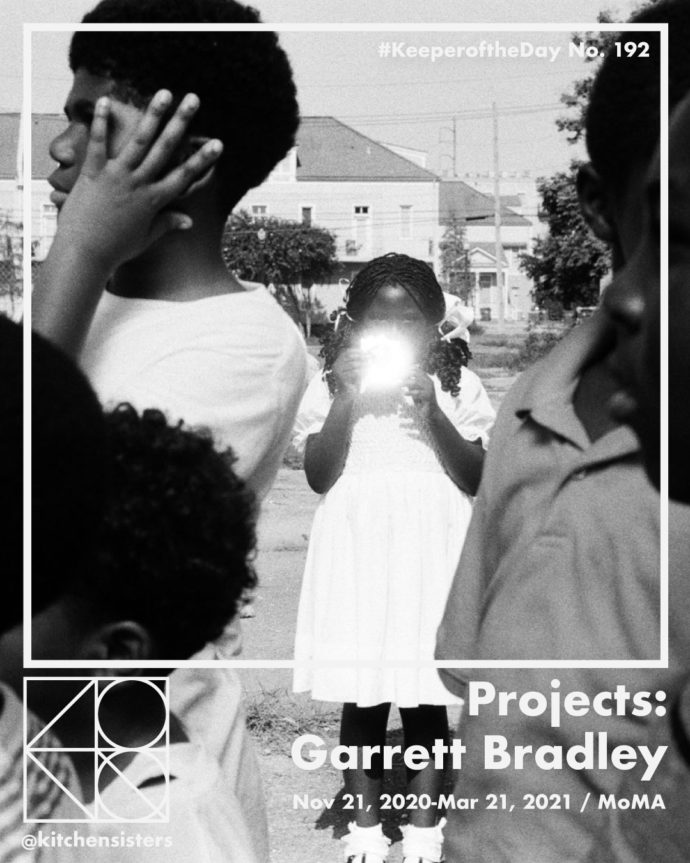 “I see America as a model for how…the assembly of images can serve as an archive of the past as well as a document of the present.” -Garrett Bradley
Projects: Garrett Bradley opens this weekend at MoMA…

According to the Library of Congress, around 70 percent of all feature-length films made in the US between 1912 and 1929 no longer exist. In America (2019), artist and filmmaker Garrett Bradley imagines Black figures from the early decades of the 20th century whose lives have been lost to history. A multichannel video installation, it is organized around 12 short black-and-white films shot by Bradley and set to a score by artist Trevor Mathison and composer Udit Duseja. Bradley intersperses her films with footage from the unreleased Lime Kiln Club Field Day (1914), believed to be the oldest surviving feature-length film with an all-Black cast.

Learn more at moma.org
Our own Brandi Howell did the audio guide for the exhibition. Go check it out.