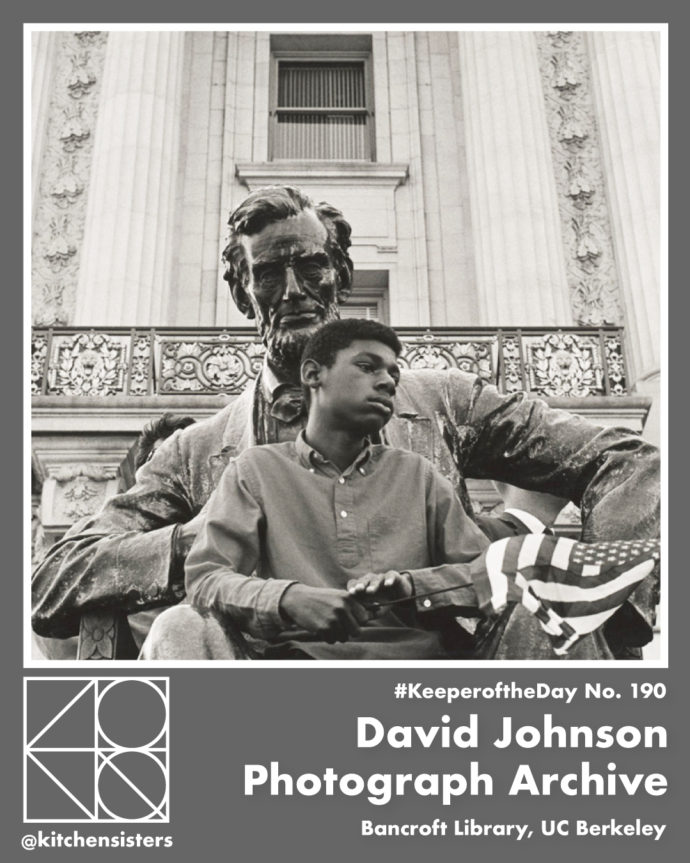 #KeeperoftheDay: David Johnson Photograph Archive at UC Berkeley’s Bancroft Library.
Johnson spoke with pictorial curator Jack Von Euw about his photo “Boy and Lincoln” taken in 1963:
“The NAACP was sponsoring a demonstration downtown in San Francisco in front of City Hall. There was this statue of Lincoln. It was just one of those days, I was just in the zone. The photographs would just say here, here, here, move over here. So this photograph, the little boy in the lap of Lincoln. Now how am I gonna get this photograph? There are other people there. Just take it at this decisive moment, we like that term, when these people become less important and it doesn’t distract from it. And the boy is looking this way, and these people, you don’t even know they’re there. They become part of the image without any distraction. And nobody decided to walk away during that moment. So that was just, that was my day in the zone.”