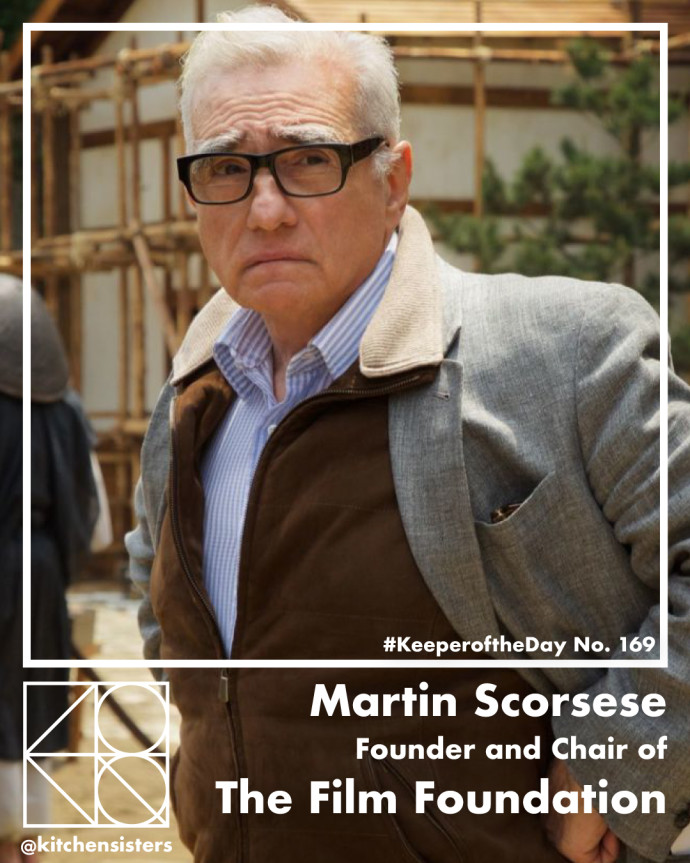 The films of Martin Scorsese are astounding. As are his efforts to preserve and save the history and heritage of American cinema through The Film Foundation, a nonprofit he founded in 1990 along with Francis Ford Coppola, George Lucas, Steven Spielberg and half a dozen other of the world’s leading film directors. Martin Scorsese is a Keeper. A steward of American and global cinema. One of our heroes and inspirations.
Last month the San Francisco Film Society invited Mr. Scorsese to San Francisco to honor his non-fiction film work and premier his latest feature, The Irishman. We were so taken with Scorsese’s onstage interview with Rachel Rosen, Director of Programming for the Festival, that we asked The Festival if we could share it on the Kitchen Sisters Present podcast. They were kind enough to say yes.