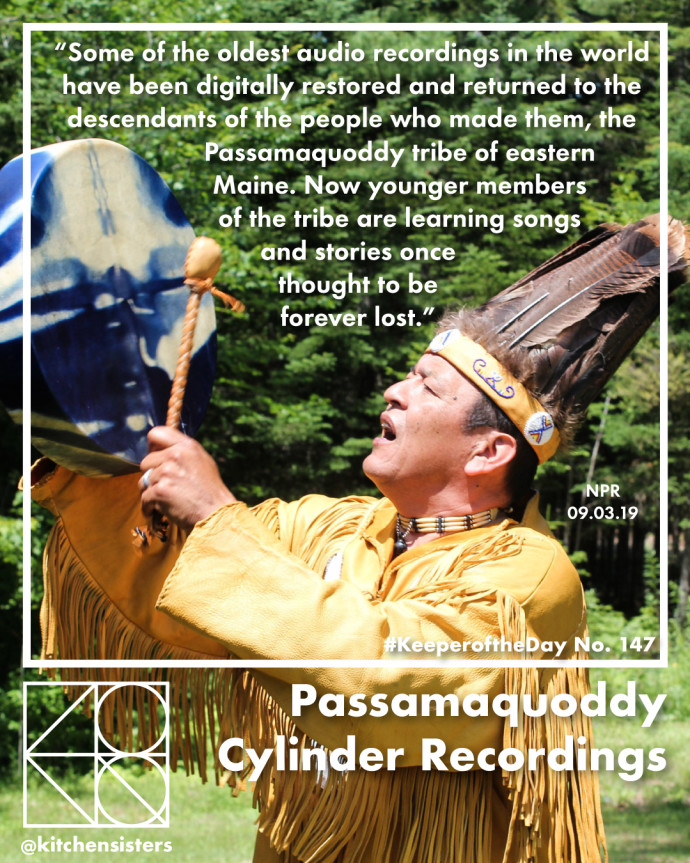 “Some of the oldest audio recordings in the world have been digitally restored and returned to the descendants of the people who made them, the Passamaquoddy tribe of eastern Maine. Now younger members of the tribe are learning songs and stories once thought to be forever lost.”
Listen to “Historic Recordings Revitalize Language For Passamaquoddy Tribal Members” from NPR’s All Things Considered.