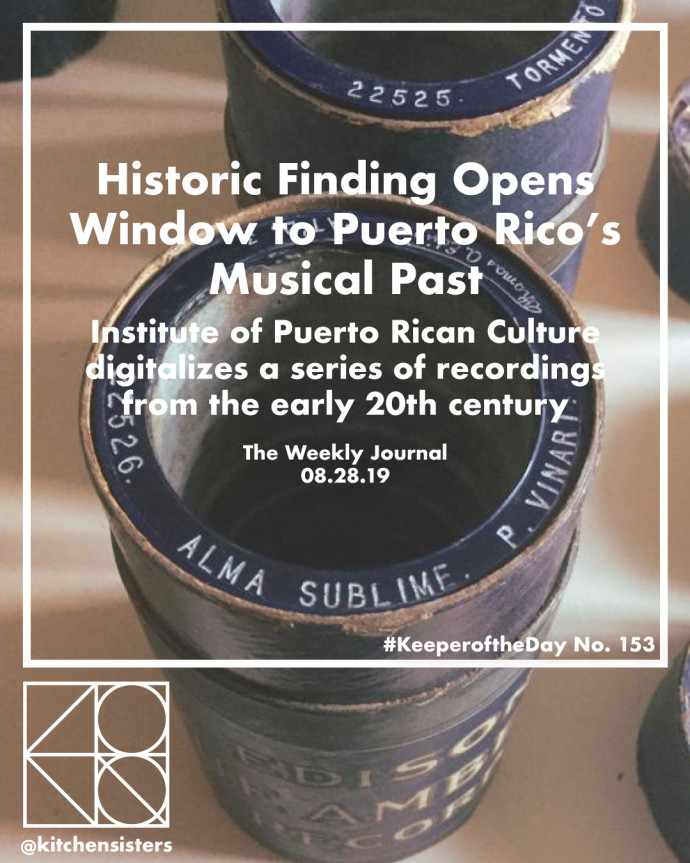 The Institute of Puerto Rican Culture (ICP by its Spanish acronym) revealed that it successfully digitalized a series of musical recordings made in the early 20th century.

A joint effort between the Musical Archive of the Puerto Rico General Archive (AGPR), the Music Unit of the ICP Musical Performing Arts Program and Ramón Vázquez Lamboy, a musician and researcher, led to the digitalization of more than 50 celluloid cylinders that contain music recorded between 1909 and 1913.

Read more at The Weekly Journal.