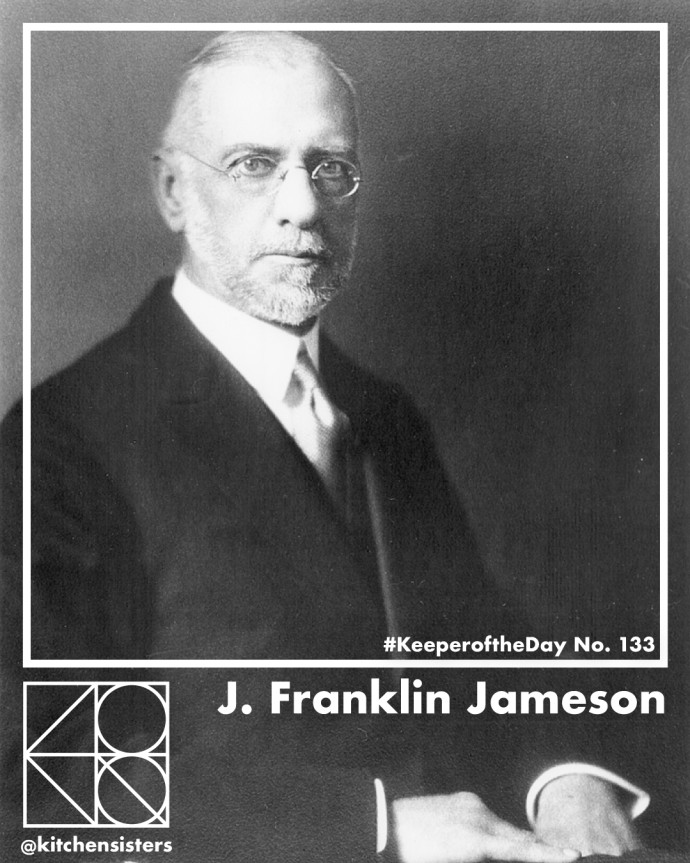 Today we’re heading to Austin for the annual gathering of the Society of American Archivists to accept the 2019 J. Franklin Jameson Archival Advocacy Award for our series The Keepers. The award honors an individual, institution or organization that promotes greater public awareness, appreciation or support of archival activities or programs. Past recipients include Lin-Manuel Miranda and Ron Chernow for Hamilton!
The Lou Reed Archive/Papers (which we’ve been chronicling for The Keepers—story coming soon) is also being honored at the conference.
Who was J. Franklin Jameson? From the American Historical Association’s website:

John Franklin Jameson (September 19, 1859–September 28, 1937) was distinguished by his exemplary efforts to preserve the documentary history of the United States, and his vital role in shaping history as a profession and a discipline. After receiving his PhD from Johns Hopkins University in 1882, he taught at Johns Hopkins, Brown, and Chicago. He served as the managing editor of the American Historical Review from its establishment in 1895 until 1928. As director of the historical research department at the Carnegie Institution, he worked tirelessly for the establishment of a National Archives building, which was completed just three years before his death. He subsequently served as chief of the manuscripts division at the Library of Congress from 1928 to 1937. He was also noted for authoring The History of Historical Writing in America (1891) and The American Revolution Considered as a Social Movement (1926) and editing the 19-volume Original Narratives of Early American History (1906–17).