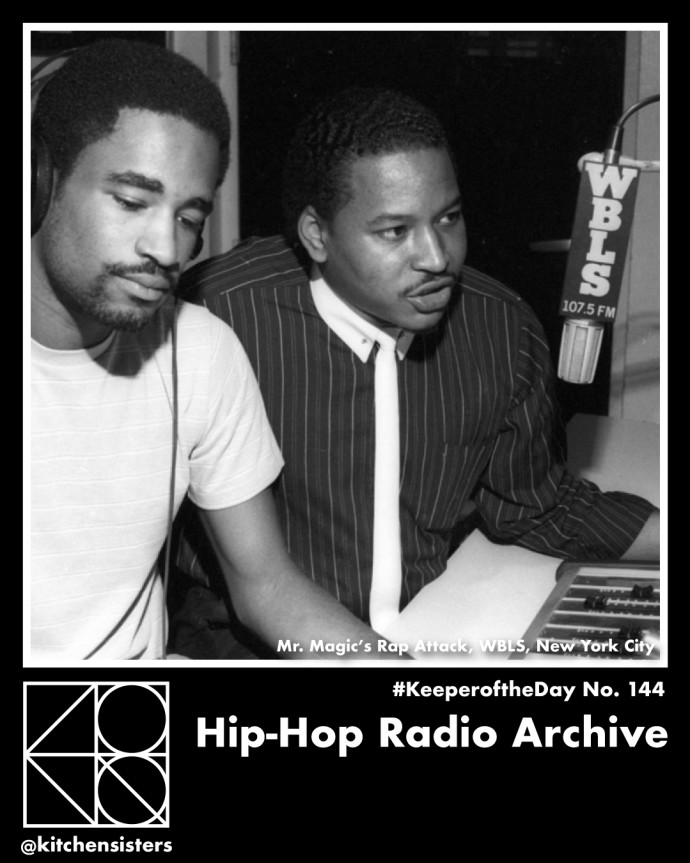 #KeeperoftheDay – Hip-Hop Radio Archive, an affiliate of the Library of Congress Radio Preservation Task Force.
“The Hip-Hop Radio Archive aims to digitize, preserve, share, and contextualize recordings of hip-hop radio from the 1980s and 1990s from commercial, college, community, and pirate stations of all sizes, telling the stories of the shows and the people that made them.
“In 1981, Mr. Magic (RIP) launched Rap Attack on WHBI in New York City which, when it moved to WBLS in May of 1982, became the first hip-hop show on commercial radio. Throughout the 1980s, countless other hip-hop shows sprung up in New York, from Red Alert and Chuck Chillout on KISS FM to Marley Marl on WBLS. Tapes of these early hip-hop radio shows became currency among hip-hop fans both inside and outside the reach of New York City’s radio signals. Before national video shows and the Internet, radio was the way recorded hip-hop spread.”
Check out to this 1986 clip from Mr. Magic’s Rap Attack: