"All American" by Laura Karpman #KeeperoftheDay 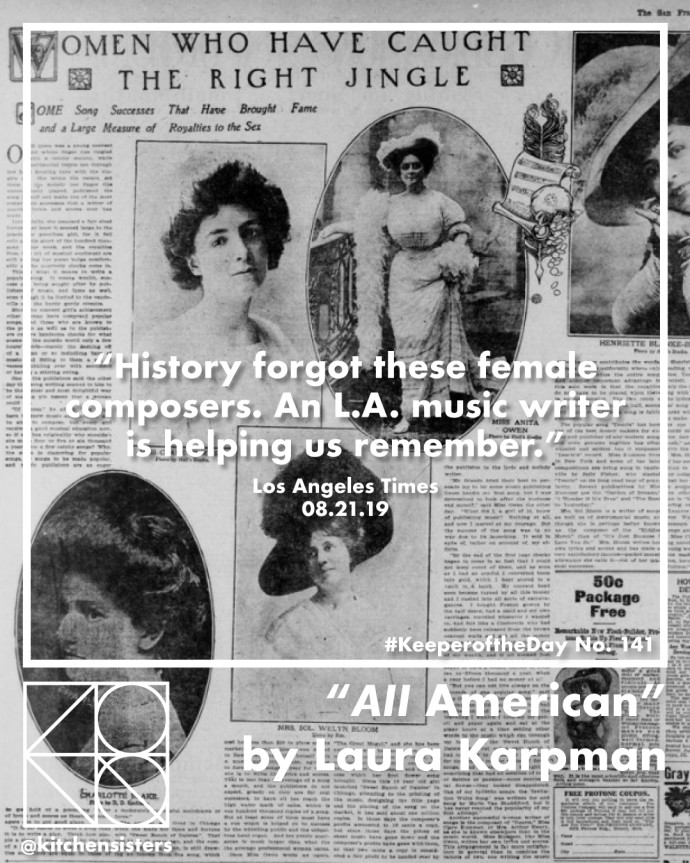 “History forgot these female composers. An L.A. music writer is helping us remember.” –Los Angeles Times, 08.21.19
Read about “All American” the latest piece from composer Laura Karpman (who we collaborated with on “Hidden World of Girls: Stories for Orchestra”) that premiered last night at the Hollywood Bowl.

“I don’t want to call it a conspiracy, because I don’t think it’s done on purpose, but there is this falling away of women artists and artists of color that needs to stop and be corrected,” says composer Laura Karpman.
History may have forgotten many of them, she says, but women and people of color have always composed music.
In what she calls a “small little act of course correction,” Karpman is premiering an overture Thursday night at the Hollywood Bowl that incorporates melodic snippets from patriotic songs by [Anita] Owen and two other early 20th century American female composers, Mildred Hill and Emily Wood Bower.