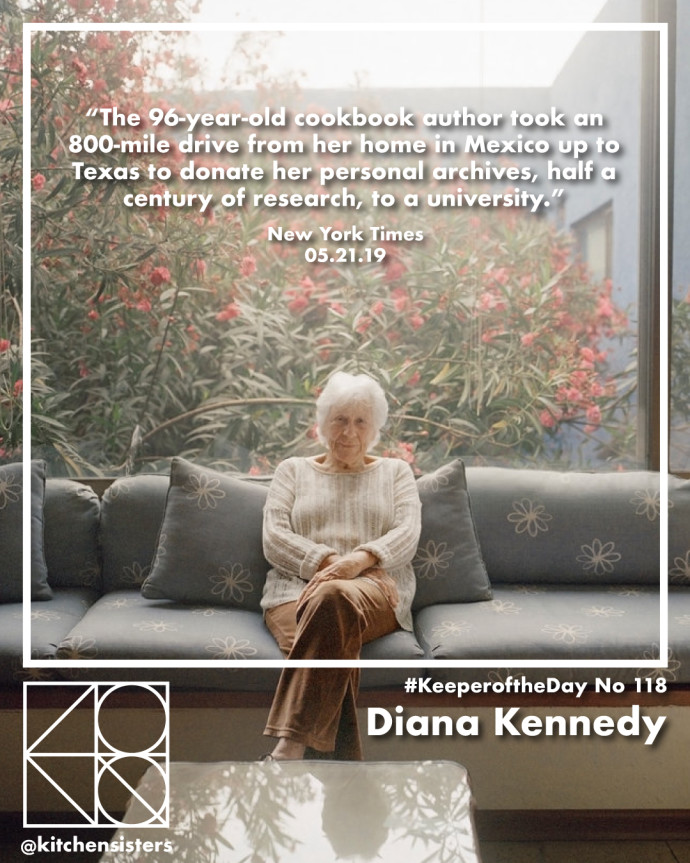 Diana Kennedy’s archives are headed to the University of Texas at San Antonio! From the New York Times:
“Ms. Kennedy started her career with “The Cuisines of Mexico” in 1972. The plurality of that title became the foundation of her work: reporting on the country’s culinary diversity, meticulously recording regional recipes and crediting them to home cooks, contextualizing food with the kinds of observations more commonly found in the work of botanists, anthropologists and historians.
“Eight books and half a century later, Ms. Kennedy is protective of her legacy. When the University of Texas at San Antonio asked to acquire her many hundreds of slides, notes and scrapbooks, and to restore her small collection of 19th-century Mexican cookbooks, she was thrilled, but there was no way she was going to sit around at home, waiting for the materials to arrive in Texas by mail.”