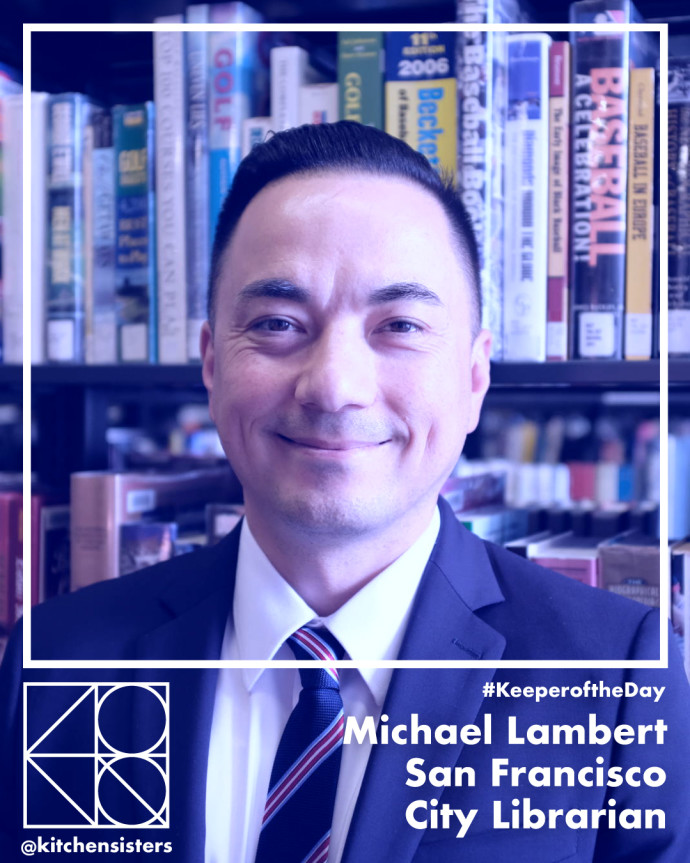 “He certainly defies the stereotype of a librarian. He’s a 44-year-old Palo Alto resident who lives with his 15-year-old son. He runs 5 miles every day and lifts weights every other day. He was a competitive skateboarder who during the summer after eighth grade visited San Francisco and skateboarded down the curvy part of Lombard Street. (And if my boys ever do that, I will kill them.)”
Listen to a conversation with the newly appointed San Francisco City Librarian on the Chronicle’s SF City Insider podcast.
Also catch him on KALW’s City Visions from earlier this year.