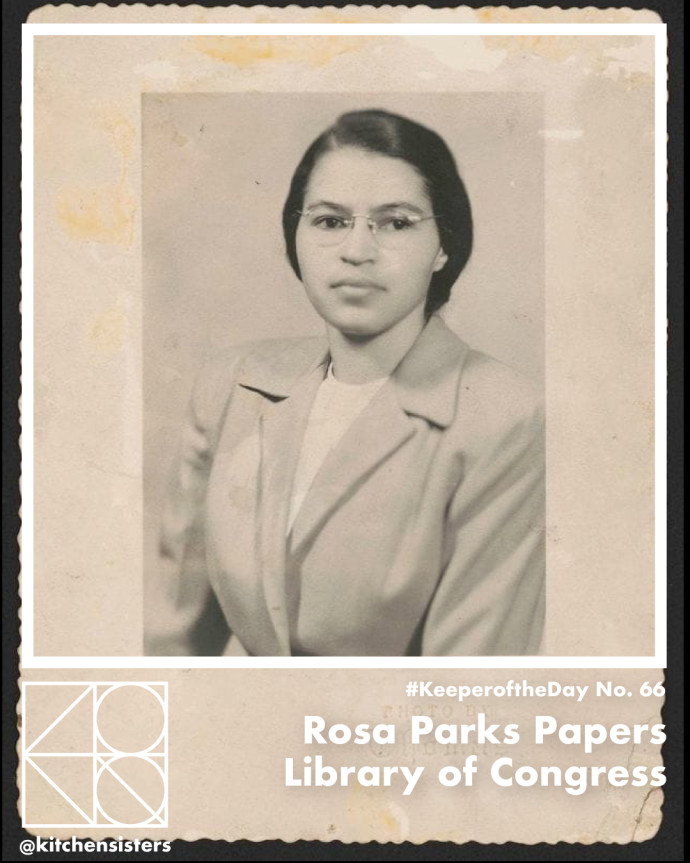 #KeeperoftheDay on Rosa Parks Day – Rosa Parks Papers at the Library of Congress
“The papers of Rosa Parks (1913-2005) span the years 1866-2006, with the bulk of the material dating from 1955 to 2000. The collection, which contains approximately 7,500 items in the Manuscript Division, as well as 2,500 photographs in the Prints and Photographs Division, documents many aspects of Parks’s private life and public activism on behalf of civil rights for African Americans. The collection is a gift made to the Library in 2016 through the generosity of the Howard G. Buffett Foundation. The Library received the materials in late 2014, formally opened them to researchers in the Library’s reading rooms in February 2015, and now has digitized them for optimal access by the public.”
Vox did a story about some of the highlights in the collection, including Parks’ personal writing and photographs. Read that article here.