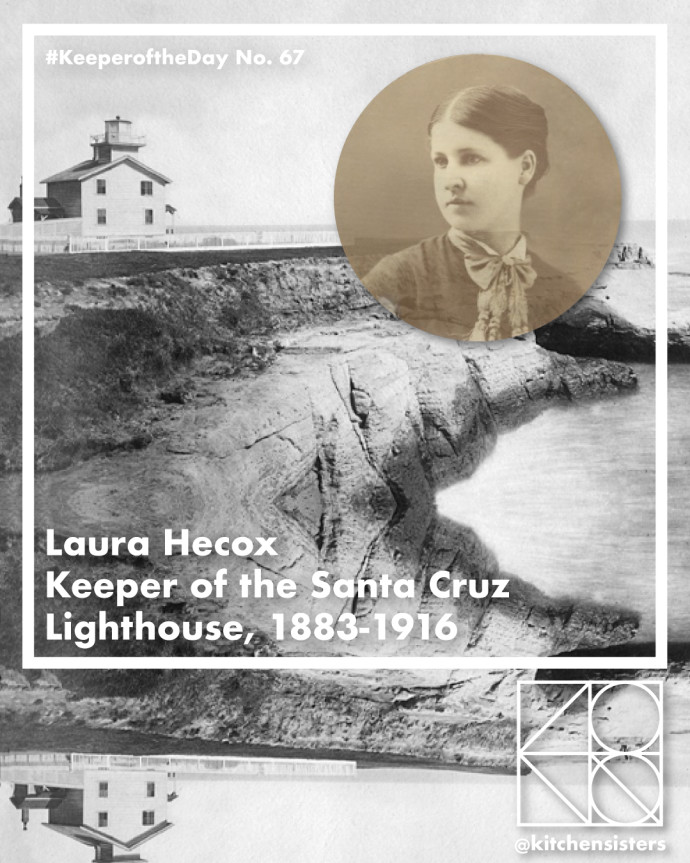 #KeeperoftheDay – Laura Hecox, Lighthouse Keeper, naturalist, citizen scientist, and founder of the Santa Cruz Museum of Natural History.
Laura Hecox, the Keeper of the lighthouse in Santa Cruz CA from 1883 to 1916, was responsible for ensuring the light never failed — but her work didn’t end there. Hecox was an avid naturalist collecting and cataloguing marine specimens, minerals, fossils, Indian baskets and historical artifacts which she displayed in the lighthouse open to visitors on the weekend. She corresponded with prominent scientists of the day and had a least two mollusk species named in her honor.
In 1904, she donated her ever-growing collection to the new Carnegie Library in Santa Cruz, which became the foundation of the Santa Cruz Museum of Natural History. The original collection included dried sea stars and crustaceans, Native American and Eskimo artifacts, minerals, gems, coral, birds’ nests and eggs, turtle and tortoise carapaces, and 200 species of shells. Laura spoke at the opening of the museum and said that she felt she wasn’t losing anything by donating her collection; she was simply sharing her enjoyment with the public.