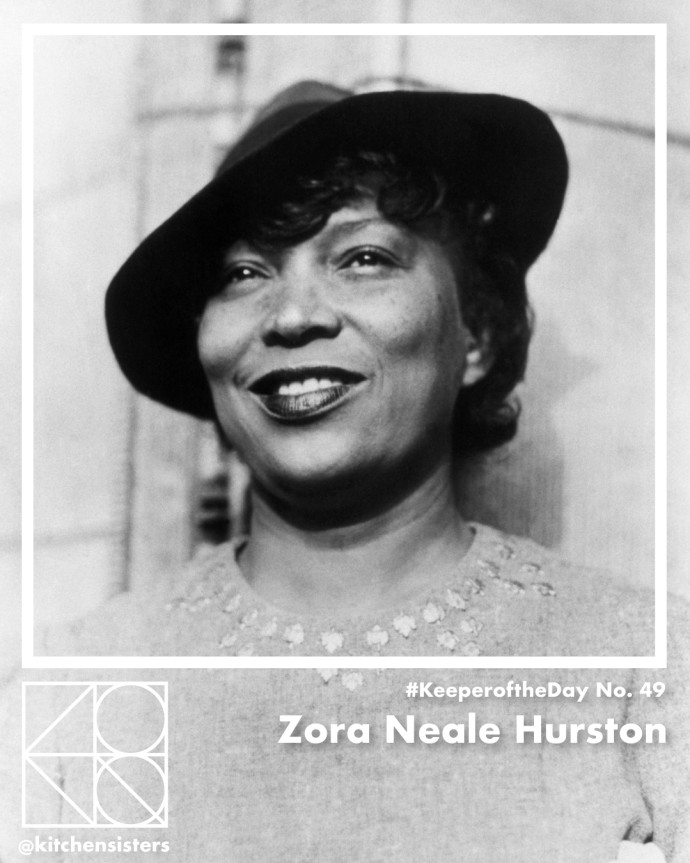 Zora Neale Hurston
January 7, 1891 – January 28, 1960
Keeper of Culture, Zora Neale Hurston, was an anthropologist and the author four novels, including Their Eyes were Watching God (1937) and more than 50 published short stories, plays and essays. In 1939 during the depths of the Depression, she the went to work for the Florida Writers Project and worked with folklorist Stetson Kennedy and others to chronicle and preserve the songs and culturally rich traditions of Southern Florida.
In this clip Zora Neale Hurston sings and describes an African American railroad track-line chant she learned at a railroad camp in North Florida in 1935, Library of Congress Collection.
“Research is formalized curiosity. It is poking and prying with a purpose.” Zora Neale Hurston