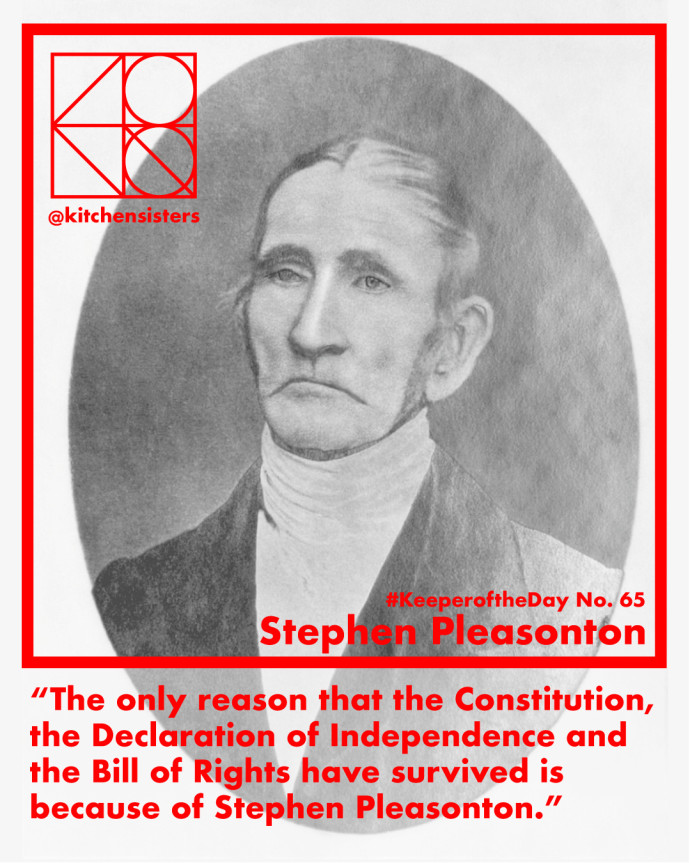 “My favorite person, my hero, is a clerk in the State Department named Stephen Pleasonton. Who, the night before the British burned the town and the Capitol in the War of 1812, realized that the charters were at risk. He rolled them up, stuffed them into linen sacks, commandeered a wagon on the street and took them into the hills of Virginia. The only reason that the Constitution, the Declaration of Independence and the Bill of Rights have survived is because of Stephen Pleasonton.” -David Ferriero, Archivist of the United States