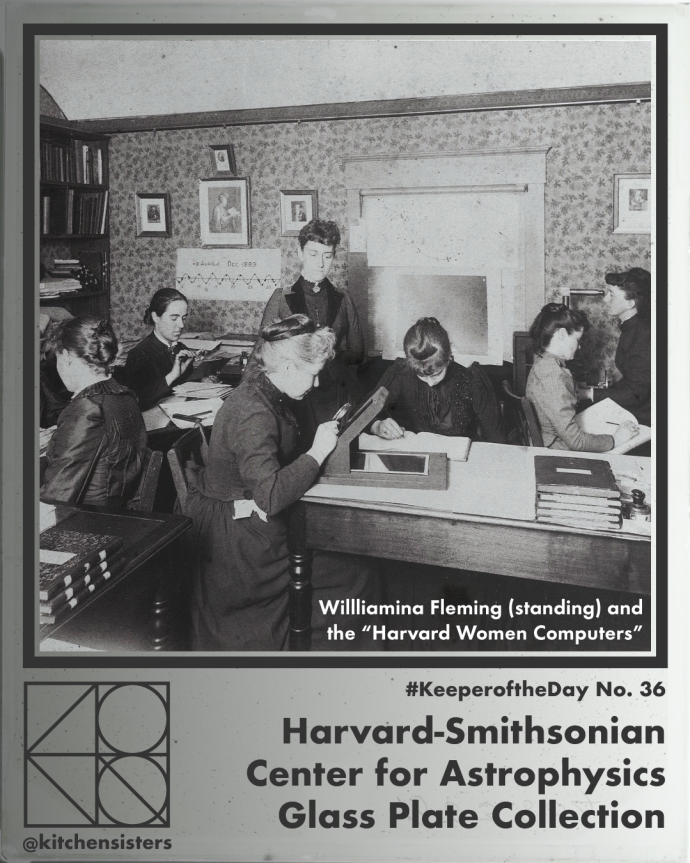 “Hi Kitchen Sisters. My name is Lindsay Smith Zrull and I’m a curator of astronomical photographs here at the Harvard-Smithsonian Center for Astrophysics. We have over 500,000 glass plate photographs of the night sky that were taken between 1885 and 1992…. But the thing that’s the most amazing at least in my opinion is that during the late 1800s and early 1900s we had a team of women who studied these stars that were preserved on the glass and they made revolutionary discoveries in the field of astronomy. This team collectively was known as the Harvard Women Computers…”