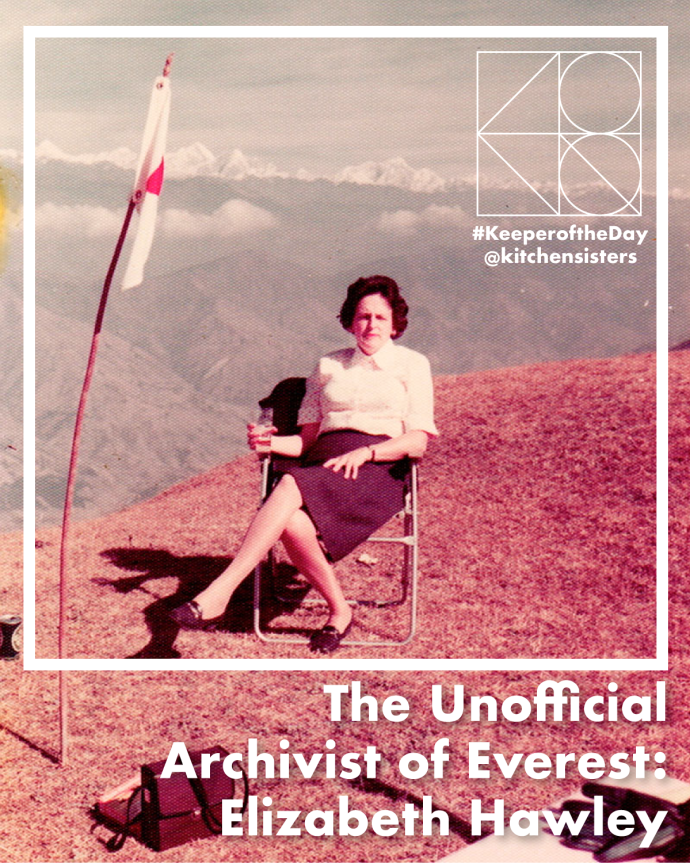 A message from The Keeper Hotline:

“Hi, my name is Dr. Derek Fox. I’m a veterinary orthopedic surgeon calling from Columbia, Missouri. The details of a story are certainly not mine, and I’m no expert on this individual or even the field that she represented. It just seemed to me that her story would be one that you guys would be interested in pursuing for your Keeper series. Elizabeth Hawley who was an American born in 1923 and died in January of 2018, so just this year at age 94.
“What makes her truly remarkable is that at the time when she really started what would become her career it was essentially unheard of for women to be adventuring the way she did. She grew up in America, got her Master’s and became a researcher for Fortune Magazine, but became quite bored and started traveling as a result of some intense wanderlust that she had. After several years of traveling around the world and going on many adventures as a single young woman, she landed in Kathmandu and and settled in Nepal around 1957.
“Quickly she became fascinated with Mount Everest, even though she did not like hiking and didn’t really particularly like trekking or have any interest in climbing the mountain herself. What she was fascinated by was chronicling the expeditions that were climbing Mount Everest and in very short order she became in charge of and the main keeper and chronicler of all the records and the data for all expeditions going up Mount Everest. This chronicle, this overall collection of her records became the Himalayan database and in very short order the world leading mountaineers and alpinists started to come to her because she had collected so much data and information and records on the mountain that if you wanted to climb an eight thousand meter peak, you probably needed to go to Elizabeth Hawley.”