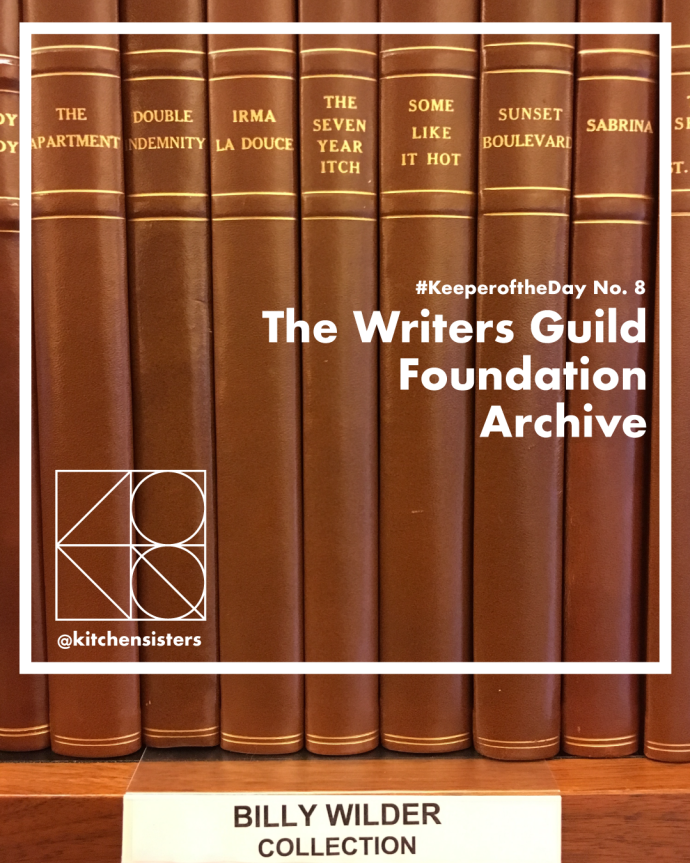 #KeeperoftheDay No. 8
Hilary Swett, an archivist and librarian at the Writers Guild Foundation called The Keepers Hotline to tell us about her collection. “As an archivist I think of myself as keeping the stories of America’s storytellers, movie and TV writers…. My collection speaks to the history of entertainment industry, of course, but they also correlate to the history of labor and capitalism in twentieth-century United States, not to mention the McCarthyism of the 50s that struck screenwriters particularly hard, like the Hollywood Ten who were jailed during that period were screenwriters. Screenwriters have always had a little bit of an activist bent and been very politically minded and kind of a catalyst for change.”