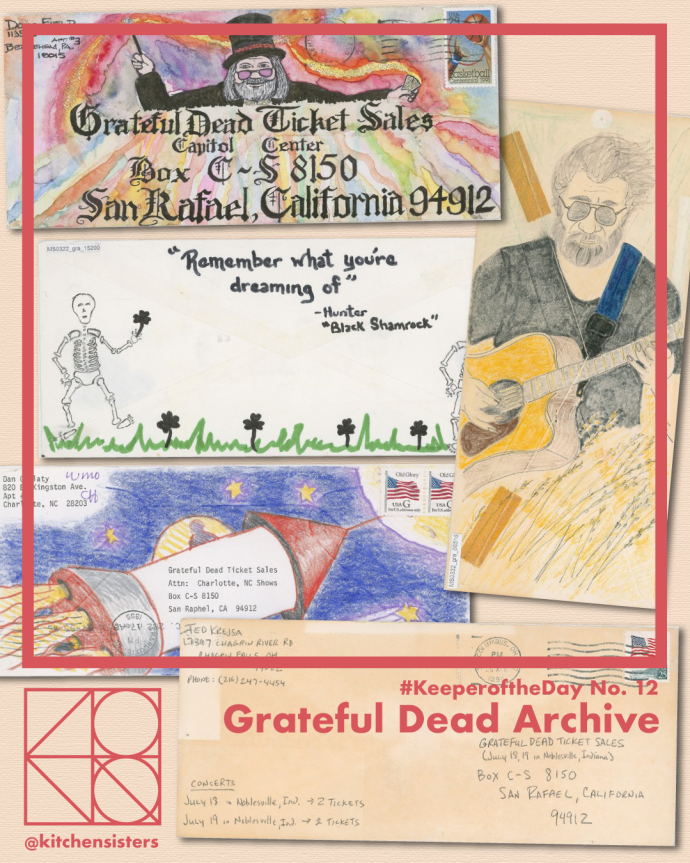 We talk with Nicholas Meriwether, the first curator of the Grateful Dead Archive at UC Santa Cruz, about the band’s incredible collection of fan art.

“I’ve come to realize that the art movement that accompanied the rise of the Dead is as much a part of what we became in the public eye as the songs and our playing of them.”
– Robert Hunter, Lyricist, 2003
“If you want to know how the Dead was built, this is where you would go…the archive tells the whole story.”
– Mickey Hart, Rolling Stone Magazine, April 1, 2010
“The Grateful Dead Archive is made up of nearly a thousand boxes of documents and recordings as well as hundreds of objects, equipment, and framed art, all of which were created or collected by the members of this iconic band over the course of decades of making their music, touring, operating their business, and connecting with their fans. This archive, given to UC Santa Cruz by the Grateful Dead, is located in the University Library’sSpecial Collections & Archives, where archivists work to preserve, organize, and describe this and other archival collections to ensure these materials can be consulted by scholars, teachers, students, and fans.
“UC Santa Cruz has also collaborated with the California Digital Library, the Internet Archive, and other partners to create the Grateful Dead Archive Online, where over 45,000 digitized items from the Grateful Dead Archive at UC Santa Cruz are shared alongside digital content submitted by the worldwide community of Grateful Dead fans.”