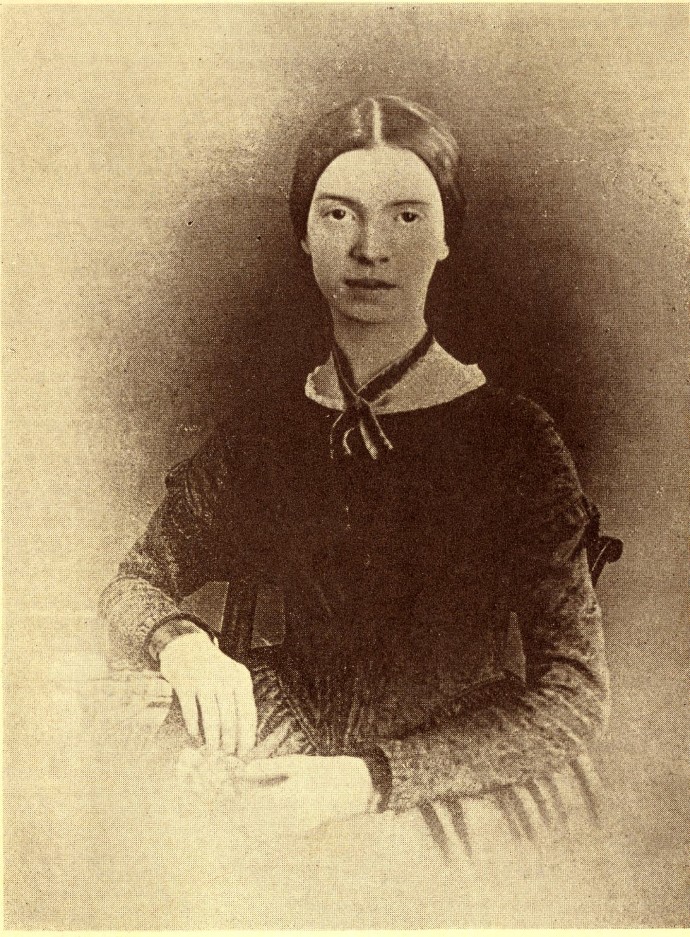 Black cake, gingerbread, slant rhyme, secret loves, family scandals, poems composed on the back of a coconut cake recipe —we journey into the steamy, myth-laden, hidden world of poet Emily Dickinson through her kitchen. In her lifetime, Emily was probably better known as a baker than a poet.
Filled with mystery, intrigue and readings by Patti Smith, Thornton Wilder, Jean Harris and an array of passionate poets and experts.
This is the first episode of our podcast under its new name, The Kitchen Sisters Present.
Special thanks to: Emilie Hardman, Emily Walhout and Heather Cole from the Houghton Library, Harvard University; Brenda Hillman, poet and Professor of Creative Writing at St. Mary’s College; Jean McClure Mudge writer and filmmaker; Christopher Benfey, writer and Professor of English, Mount Holyoke College; Aife Murray, author of Maid as Muse: How Servants Changed Emily Dickinson’s Life and Language; and Elaine Hardman who led us to this story; and Zoe Kurland. 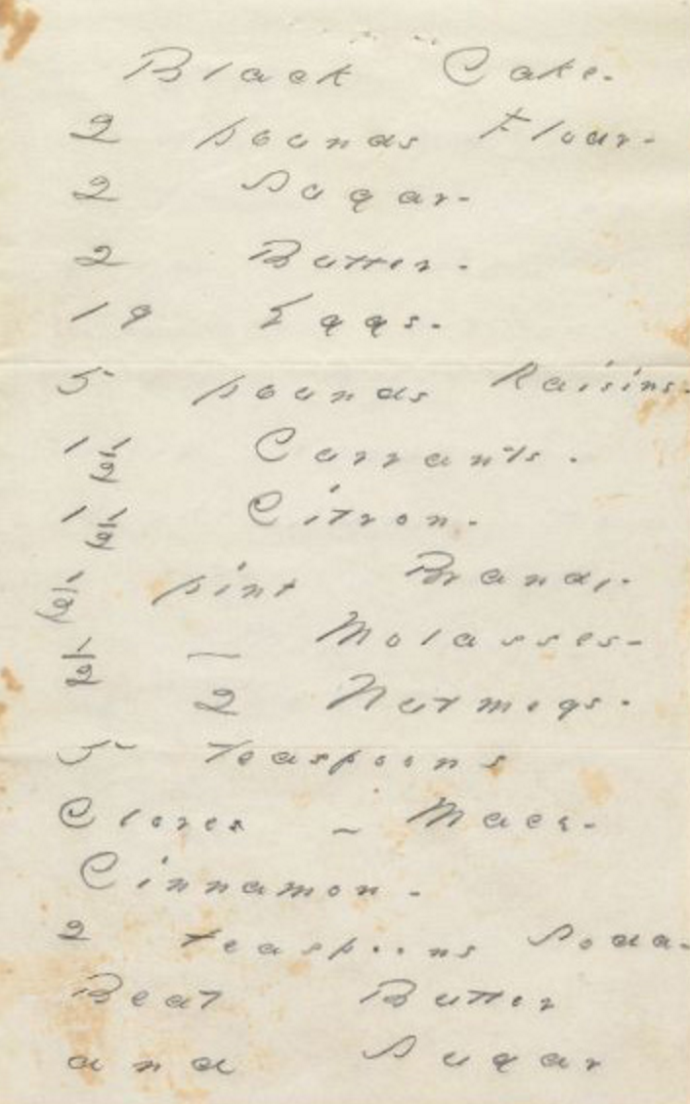 “This is a cake that calls for nineteen eggs!  All assembled it’s 19 lbs. 4 oz! And that’s before you put the brandy in! The black cake first appears in the 1840s in cookbooks. It’s Caribbean in its origin — the cinnamon, the mace the nutmeg, its very tied up with the sugar trade and molasses.
“When you think about Emily Dickinson, the myth in the white dress, and then you think about her in the kitchen. The physicality of that cake — of making that cake that you share with people. It’s a social cake! This is a woman who is doing something that we think so counter to Emily and her remove from the world.”  Emilie Hardman, Houghton Library, Harvard 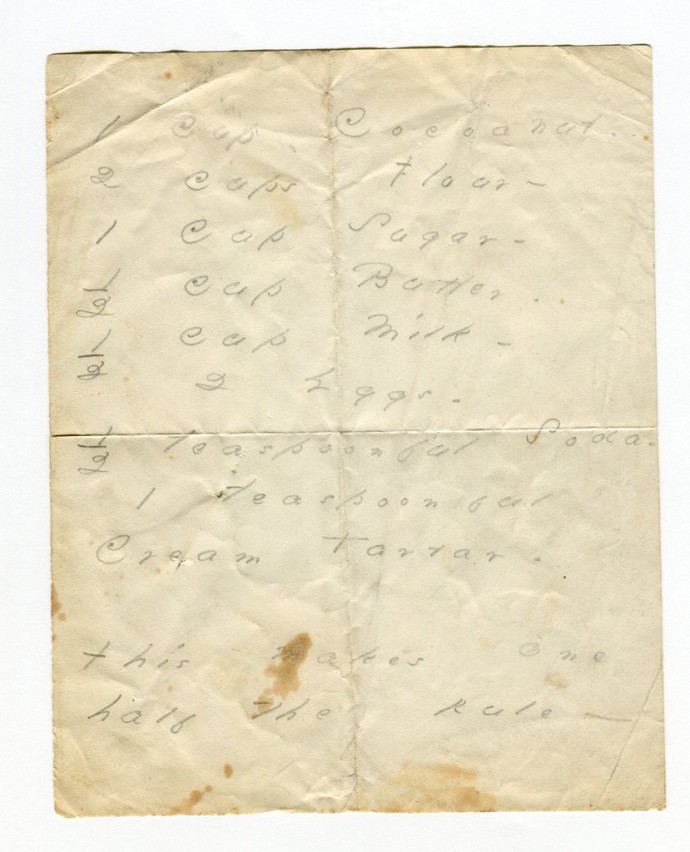 Emily Dickinson wrote this poem on the back of her recipe for coconut cake. 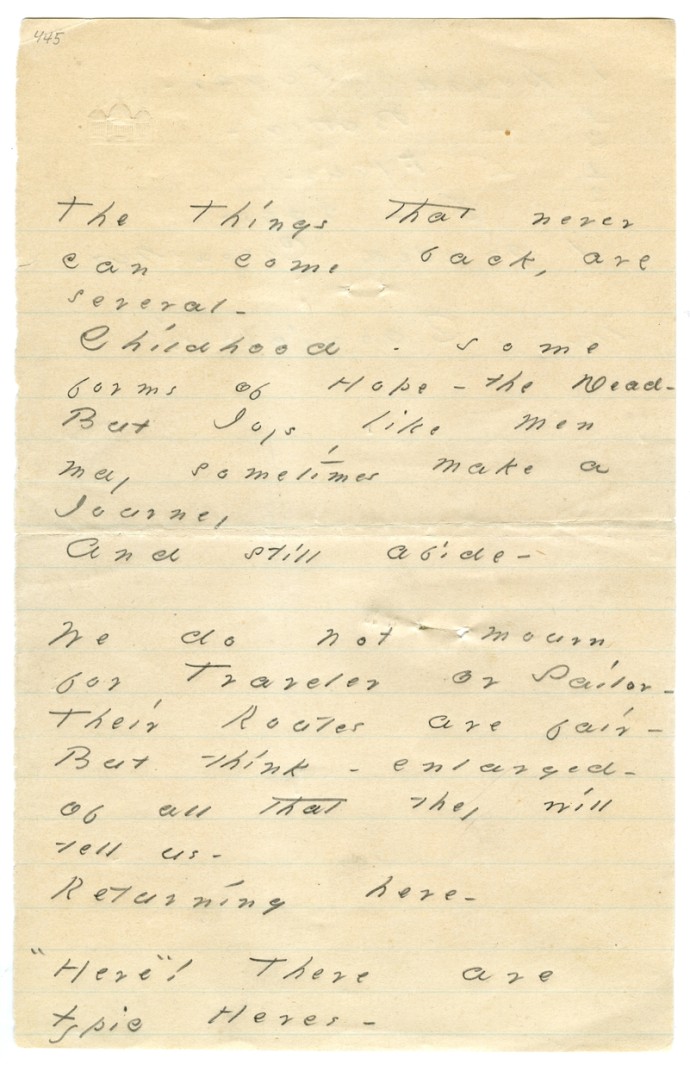 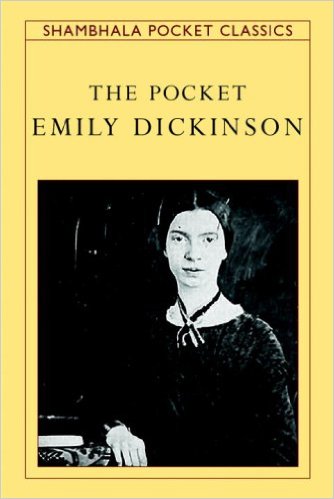 “People have wanted to turn her into a lady poet, a romantic version of her, that is not untrue, it’s just probably partial. She did stay in her room and she did have what she referred to as her “white election,” putting on her white dress and going upstairs, not going out anymore. What choice did she have? In her time, she couldn’t have gotten her writing done by being the spinster in the community, a nice church lady that takes care of bodies coming home from the Civil War. She goes on to write 700 poems in two years. I mean 700! For Pete’s sake!”  Brenda Hillman, Poet and Professor of Literature, St. Mary’s College, editor of The Pocket Emily Dickinson 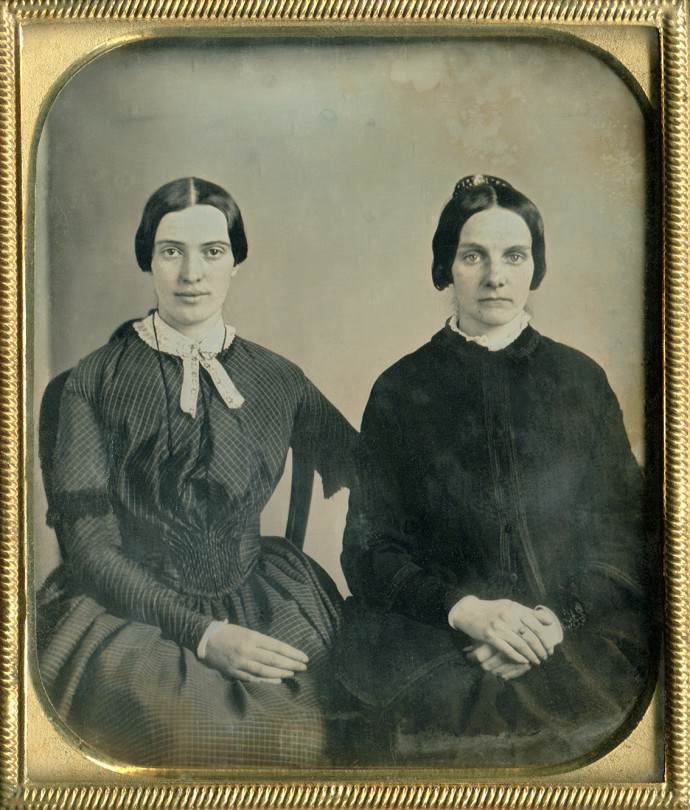 “Almost every year or two a new photograph comes to light that has some claim to be a new undiscovered photograph of Emily Dickinson. And we are all terribly excited because we only have one true recognized photograph with a good provenance for Dickinson taken when she was 16 years old (photo at top of blog).
Most recently a photograph has come to light which may show an adult Emily Dickinson with her close friend Kate Scott Anthon. It was back in the early 1950s that Rebecca Patterson wrote a book called “The Riddle of Emily Dickinson.” And the riddle that she claimed to solve was that Emily Dickinson was a lesbian and that one of her lovers was Kate Scott Anthon. And it is a very tantalizing photograph.
I’ve stared at it a long time. Sometimes I look at that photograph and I say, “It’s her!  Emily!”  And there are other times I look at it and I say, “Uh, nay”.  I’ve always felt that one of the problems with new Dickinson photos coming to light is that they all look too much like the old one.”  Christopher Benfey, author of Emily Dickinson and the Problem of Others, and Summer of Hummingbirds.
“Sometimes her poems are like recipes…
To make a prairie it takes a clover and one bee,
One clover, and a bee.
And revery.
The revery alone will do,
If bees are few. 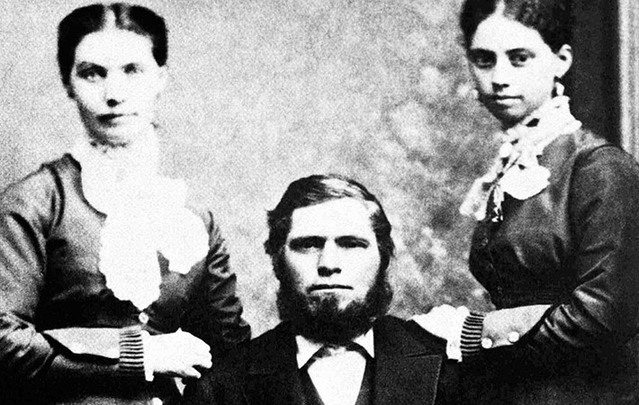 Margaret Maher (left), an Irish immigrant, worked as cook and maid in the Dickinson household sharing the kitchen with baker Emily for 17 years. Emily chose Thomas Kelley (center), who worked as a laborer for the family, to be her chief pallbearer along with five other Irish immigrants who worked for the household.
“The influence of the kitchen and the language around her — Irish immigrants, Native Americans, people who are of African descent, slave descent—in and out of that kitchen, coming and going in that yard and barn. All of these different vernaculars played into the ways in which she approaches language.”
Aife Murray, author of Maid as Muse: How Servants Changed Emily Dickinson’s Life and Language
Emily Dickinson’s Recipe for Gingerbread
1 quart flour
½ cup butter
½ cup cream
1 tablespoon ginger
1 teaspoon soda
1 teaspoon salt
Make up with molasses
From Emily Dickinson: Profile of the Poet as Cook from Dickinson’s original manuscript.The editors of the book add the following about Emily Dickinson’s gingerbread recipe:
“Cream the butter and mix with lightly whipped cream. Sift dry ingredients together and combine with other ingredients. The dough is stiff and needs to be pressed into whatever pan you choose. A round or small square pan is suitable. The recipe also fits perfectly into a cast iron muffin pan, if you happen to have one which makes oval cakes. Bake at 350°F for 20-25 minutes.” 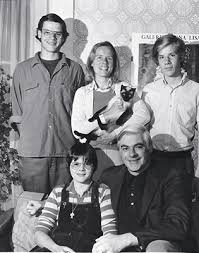 “Her gingerbread was the first thing that struck me. Emily would bake gingerbread in little oval cakes. She would glaze them, put little flowers on top and put them in a basket and lower them from her window to the children below. A mystery.” Jean McClure Mudge
Jean McClure Mudge (center) lived with her family in Emily Dickinson’s house from 1965-76 while Jean’s husband Lou, was teaching at Amherst. Jean was the first resident curator of the Homestead. She is the author of Emily Dickinson and the Image of Home, co-editor of Emily Dickinson Profile of the Poet as Cook, and most recently Mr. Emerson’s Revolution.