The Braveheart Grandmothers and Yankton Sioux Coming of Age Ceremony 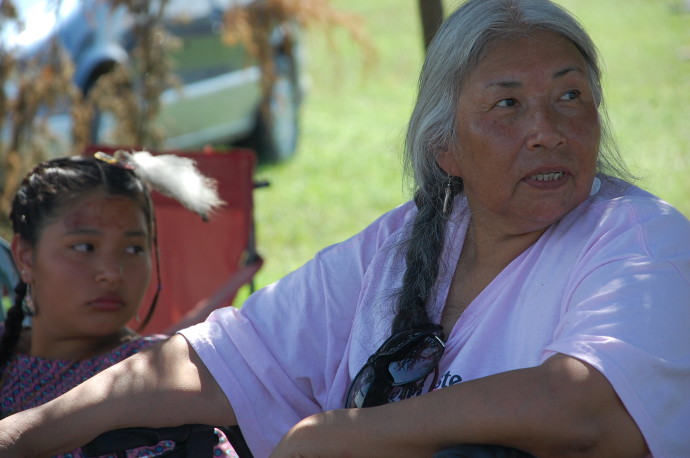 The Braveheart Women’s Society, a group of Yankton Sioux grandmothers and tribal elders, have re-established an almost forgotten coming of age ritual for young girls—the Isnati, a four day traditional ceremony on the banks of the Missouri River in South Dakota. This year the 24th Isnati ceremony took place.

Eleven summers ago The Kitchen Sisters were invited to document this ceremony for our Hidden World of Girls Series. It was a mind expanding experience. 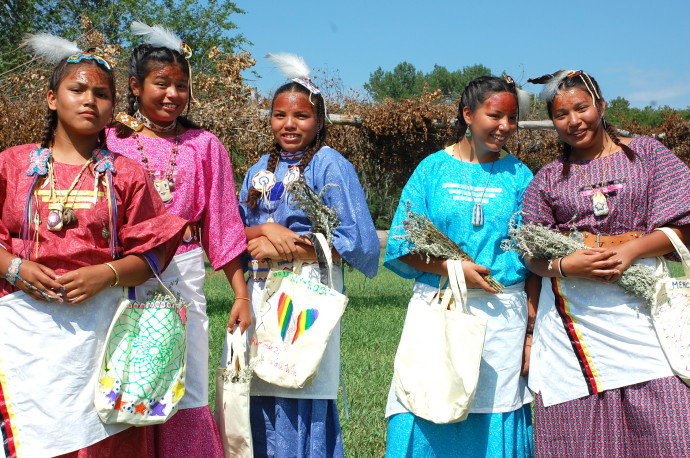 The grandmothers, mothers, aunties and older sisters teach the girls to set up their own teepee, collect traditional herbs and flowers used for remedies. The girls are not allowed to touch food or feed themselves for four days; they are fed and given water by their mother or other women at the ceremony. They are being treated as babies for the last time in their lives. Throughout the days, the elders talk to the girls about modesty, courtship, pregnancy — and suicide, a serious problem on the reservations. One of the grandmothers, Theresa Heart, makes each girl a special dress. On the last day of the ceremony, the girls, one at a time, go into the teepee with their mother or auntie who bathes them, dresses them, does their hair, and paints their forehead. The elder tells the girl stories about what she was like as a baby, how beautiful she is and about the hopes and promises for her future.The girls prepare sacred ceremonial food and feed their community. She is given a new name and is presented to the the community as a woman.

We hear from grandmothers Faith Spotted Eagle, Theresa Heart, and Madonna Thunder Hawk who speak about Indian boarding schools, activism, and the importance of re-establishing traditions and rituals in their community.

Special thanks to the grandmothers, Brook Spotted Eagle and all the young women who have participated in the Isnati Coming of Age Ceremony. Thanks also to the WoLakota Project