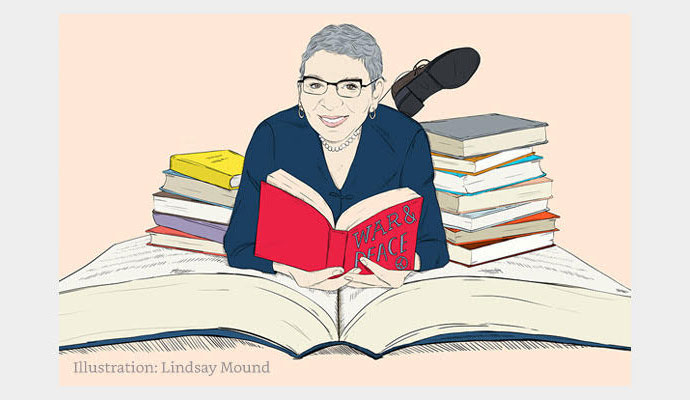 She’s been called “one of the 10 coolest librarians alive.” She’s the best selling author of Book Lust: Recommended Reading for Every Mood, Moment and Reason, and a regular commentator about books on NPR’s Morning Edition. She’s the creator of the much loved and imitated If All Seattle Read the Same Book project, encouraging everyone in the city to read the same book at the same time. And then, of course, there’s the Nancy Pearl Librarian Action Figure with amazing push-button shushing action.

A brilliant and entertaining storyteller, Nancy reveals how she became a “five-inch tall, plastic, non biodegradable librarian action figure.” She talks about her childhood library in Detroit—how it changed her life and provided refuge from her dysfunctional family. She gives tips on how to select books for people, and explains her Rule of 50 about when to give up on reading a book. She also talks about how “our leaders should be readers.”

Raised in Detroit, Michigan, Nancy earned her master’s in library science at the University of Michigan and became a children’s librarian at her hometown branch library. She moved to Oklahoma with her husband, professor Joe Pearl, and raised two daughters while earning a masters degree in history. In Tulsa she worked in an independent book store and the Tulsa City-County Library System. In 1993 she was recruited to join the Seattle Library where she later became executive director of the the library system’s Washington Center for the Book.

In addition to Book Lust, Nancy is the author of several other books including: Now Read This: A Guide to Mainstream Fiction 1978–1998; Book Crush: For Kids and Teens; Book Lust To Go, Recommended Reading for Travelers, Vagabonds, and Dreamers; and her novel, George and Lizzie.

Among her many awards, including the Library Journal’s 2011 Librarian of the Year Award, Nancy Pearl is the recipient of the coveted Kitchen Sisters’ Keeper of the Day Award (and trophy) presented at the American Library Association’s Conference in January 2019, at a special party sponsored by EveryLibrary, the national political action committee dedicated to the future of libraries, and bibliotheca, which connects libraries and their communities in new and effective way