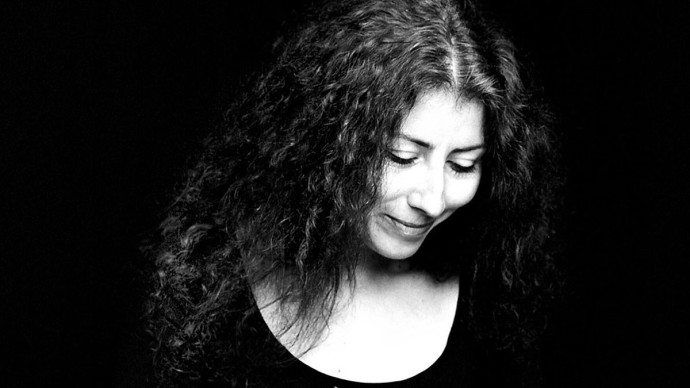 Mimi Chakarova is a Bulgarian-American filmmaker, photographer, journalism professor, activist, immigrant and single mother. Her documentary “Men a Love Story” premiered at the Telluride Film Festival in 2017 where Davia Nelson of The Kitchen Sisters interviewed her on stage.

How can you not be mesmerized by a woman who makes a film called “The Price of Sex,” about women throughout Eastern Europe who are pushed into prostitution and who goes underground into that world herself to document the story. “I didn’t intend to spend more than a year covering human trafficking,” says Mimi. It ended up taking a decade. “I didn’t intend on reporting in more than two countries,” she says. “So, how did I end up in nine?”

Mimi said, “Before my trips my mom used to ask, ‘It took us so many years to get out of poverty, why do you keep returning there?’ I would sit in her kitchen and the only answer that would come to mind was, it was so damn familiar.”

Now Mimi has a new series of documentaries, “Still I Rise,” premiering online Friday, April 27th at stillirisefilms.org. “Still I Rise” is a short film series whose title pays homage to Maya Angelou’s famous poem. It features individuals who’ve journeyed from the depths of hardship and struggle and have come out the other side. As an immigrant herself Mimi creates a platform where other immigrants can tell their own stories and show how even in the face of adversity they fight to rise.