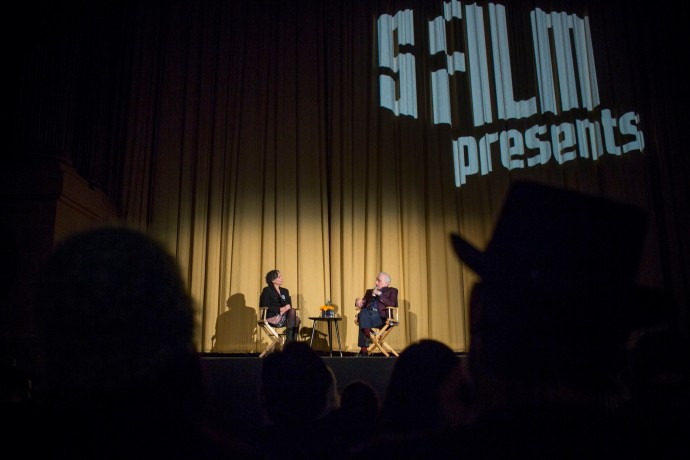 An onstage conversation with this master filmmaker about his extraordinary documentary work.

Raging Bull, Taxi Driver, Goodfellas, Alice Doesn’t Live Here Anymore… to name but a few. The films of Martin Scorsese are astounding. As is his effort to preserve and save the history and heritage of American cinema through The Film Foundation. Martin Scorsese is a Keeper. A steward of American and global cinema. One of our heroes and inspirations.

Beloved for his epic fiction features, Martin Scorsese’s non-fiction films are also some of his best work. Whether depicting tales of American life, illuminating the history of cinema, or capturing the exuberant spirit of contemporary music, his documentaries are insightful and often playful, revealing his curiosity and passion.

And then there are his documentaries. His non-fiction films, starting with ItalianAmerican, a portrait of his own parents and family. The Last Waltz, Rolling Stones Shine a Light, Living in the Material World, his ode to George Harrison, My Voyage to Italy, Il Mio Viaggio a Italia, and his most recent documentary, but not quite documentary, Bob Dylan’s Rolling Thunder Review.

The San Francisco Film Society invited Mr. Scorsese to San Francisco to honor his non-fiction film work and premier his latest feature, The Irishman. We were so taken with Scorsese’s onstage interview with Rachel Rosen, Director of Programming for the Festival, that we asked The Festival if we could share it on the Kitchen Sisters Present podcast. They were kind enough to say yes.

Thanks to The San Francisco Film Society, to Rachel Rosen, and most of all to Martin Scorsese, film master and film keeper.

The Kitchen Sisters Present is part of PRX’s Radiotopia, a network of some of the most creative independent producers and podcasts out there. Make your mark. Go to radiotopia.fm to donate today.