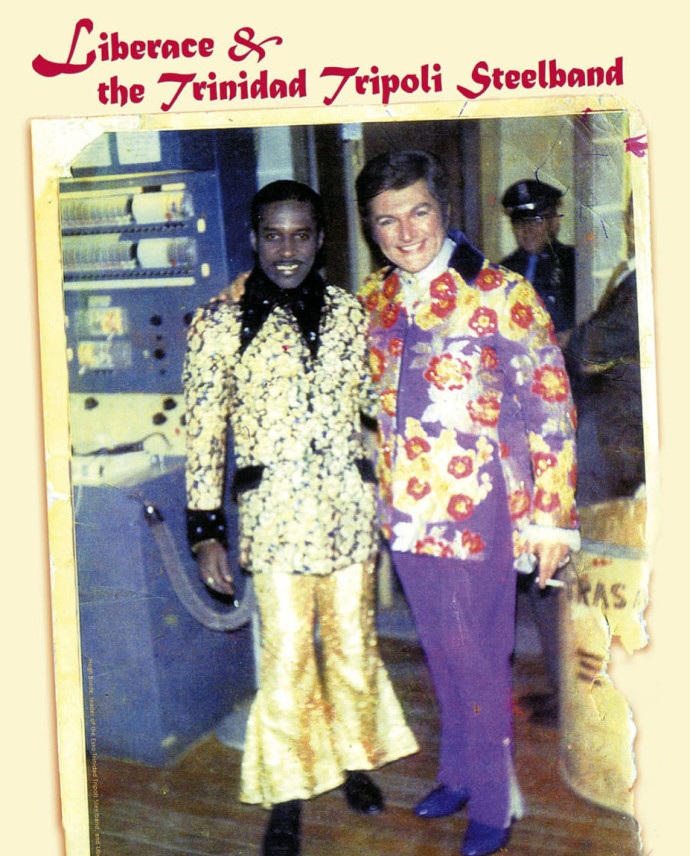 In 1967 thirty men left Trinidad with 97 steel drums to represent their country at the World’s Fair in Montreal. None of them had ever been off their island before. They were members of the Esso Trinidad Tripoli Steel Band, all playing “pan,” the steel drums of Calypso, hammered from the leftover oil drums of World War II.

The band took Expo ’67 by storm. And their sound and performance caught the ear of one of the most popular entertainers of the day: Liberace. The glittery piano virtuoso hired the Trinidad Tripoli Steel Band to go on the road with him for the next two years — traveling to cities large and small around the world including towns in George Wallace’s segregated south. One flamboyant rhinestoned white piano player and 30 black steel drummers from Trinidad playing Flight of the Bumblebee.

We travel to Trinidad and trace the history of the steel drum and follow the Esso Trinidad Tripoli Steel Band from the streets of Port of Spain to the Ed Sullivan Show.

Steel pan was born on the island of Trinidad in the late 1930s. It began as an outlaw instrument, hammered from milk tins, biscuit boxes, brake drums, garbage cans — and later, the oil barrels that were scattered across the oil-rich island after World War II.

When the bands first started, anything metal that could be scavenged was “tuned” and played to make a sound, a note. Pan began as the music of the island’s poor, before Trinidad’s independence from Britain. For the native Trinidadians under British rule, the beating of drums and marching in Carnival was often forbidden.

As the oil drums evolved, dozens of pan bands — some more than 100 members strong — sprang up in neighborhoods across the island. Casablanca, Destination Tokyo, Desperadoes, Tripoli… they named themselves after the American war movies and Westerns of the day. Come Carnival, the steel bands would battle one another for the championship, marching across Port of Spain waging musical war — a tradition that continues today.

When the island gained its independence in the 1960s, the foreign companies that controlled the oil resources of Trinidad worried about nationalization of their businesses. The island’s prime minister declared steel pan music an important, vital expression of the Trinidadian people. British Petroleum, Esso and other oil companies looking to sway public opinion began sponsoring neighborhood oil drum orchestras, supplying instruments, uniforms and the money to tour outside Trinidad.

In 1967, the Esso Trinidad Tripoli Steel Band (named after the World War II movie Shores of Tripoli) was sent by the government and the Esso oil company to represent Trinidad and the nation’s musical heritage at the Montreal Expo World’s Fair.