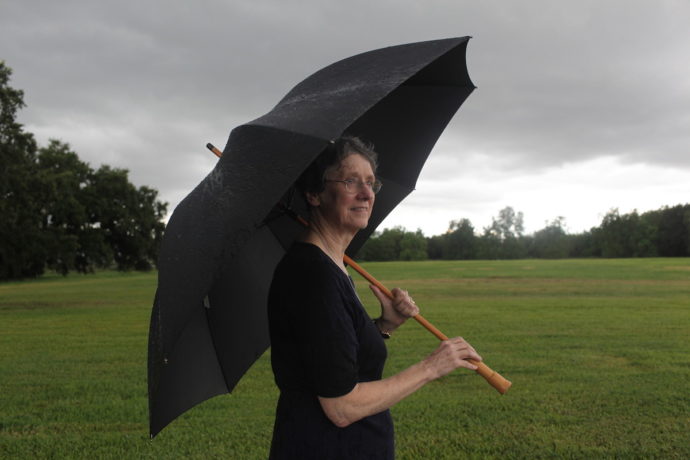 We go to New Orleans for a kind of biblical reckoning. A story of science and prayer, with a cast of improbable partners—environmental architects and nuns—coming together to create a vision forward for living with water in New Orleans. Mirabeau Water Garden, one of the largest urban wetlands in the country designed to educate, inspire and to save its neighborhood from flooding.

New Orleans. Surrounded by The Mississippi River and Lake Pontchartrain, besieged by hurricanes and tropical storms, permeated with man made canals, levees, pumping stations …. Water is a deep and controversial issue in New Orleans. What to do with it. Where to put it. How to get rid of it? How to live with it?

David Waggonner, of Waggonner & Ball Architecture & Environment has been thinking and dreaming about these questions for years. One of the primary architects behind the Greater New Orleans Urban Water Plan, David envisions floating streets, pervious pavement, planting bioswales—“living with water” rather than pushing it down and pumping it out.

In the aftermath of Hurricane Katrina the Sisters of St. Joseph convent in New Orleans was under 8 feet of water. A year later, on a clear blue day, the building was struck by lightning. The Sisters prayed for a sign. And in walked David Waggonner with a vision.

The Mirabeau Water Garden will become one of the largest urban wetlands in the country and a campus for water research and environmental education, demonstrating best practices for construction and urban water management in the city’s lowest-lying and most vulnerable neighborhoods.

The 25-acre parcel was donated to the City of New Orleans by the Sisters of Saint Joseph on condition that it be used to enhance and protect the neighborhood to “evoke a huge systemic shift in the way humans relate with water and land.”