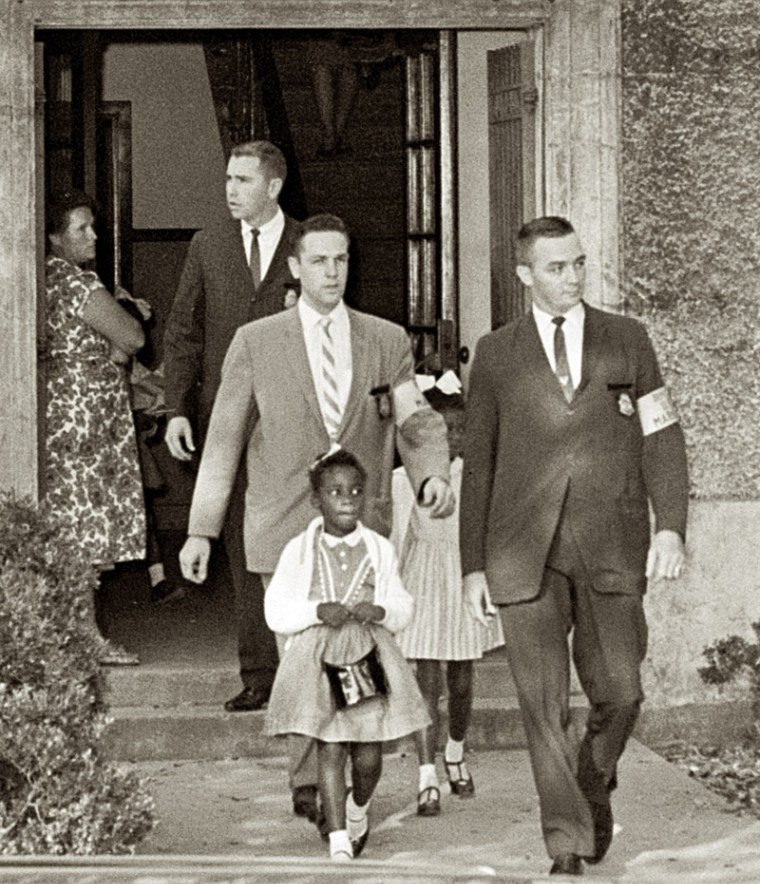 November 14, 1960 — Four six-year-old girls, flanked by Federal Marshals, walked through screaming crowds and policemen on horseback as they approached their new schools for the first time. Leona Tate thought it must be Mardi Gras. Gail Etienne thought they were going to kill her.

Four years after the Supreme Court ruled to desegregate schools in Brown v Board of Education, schools in the south were dragging their feet. Finally, in 1960, the NAACP and a daring judge selected two schools in New Orleans to push forward with integration — McDonogh No.19 Elementary and William Frantz.

An application was put in the paper. From 135 families, four girls were selected. They were given psychological tests. Their families were prepared. Members of the Louisiana Legislature took out paid advertisements in the local paper encouraging parents to boycott the schools. There were threats of violence.

When the girls going to McDonogh No. 19 arrived in their classroom, the white children began to disappear.
One by one their parents took them out of school. For a year and a half the girls were the only children in the
school. Guarded night and day, they were not allowed to play outdoors. The windows were covered with brown paper.

The story of integrating the New Orleans Public schools in 1960 told by Leona Tate, Tessie Prevost
Williams, and Gail Etienne Stripling, who integrated McDonogh No.19 Elementary School, and retired Deputy U.S. Marshals Herschel Garner, Al Butler, and Charlie Burks who assisted with the integration efforts at the schools. 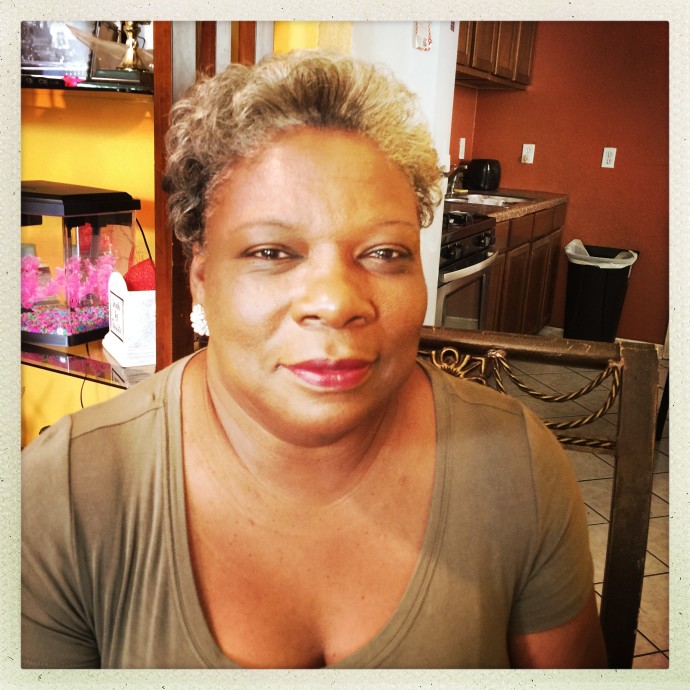 This story is part of Levee Stream, our Prospect 4 New Orleans project in collaboration with Otabenga Jones and Associates.

Made possible in part by Ruth U. Fertel Foundation and Project&

Tulane University and their Through a Crowd Bravely Program— Several of the voices in our story were recorded on November, 2010 at Tulane University as part of a reunion and panel discussion on the 50th Anniversary of the integration of public schools in New Orleans. Voices featured from these archival recordings include: Leona Tate Tessie Prevost Williams, Gail Etienne Stripling, and retired Deputy US Marshals Charlie Burks, Herschel Garner and Al Butler. This gathering was the first time the women and the marshals had reunited since November 1960.